The Hubble Space Telescope has spied five alien worlds around distant stars that show clear signs of water vapor filling their atmospheres as shown in a new study. This amazing discovery is the first to firmly detect and compare water vapor in the atmosphere of extraterrestrial planets orbiting nearby stars. 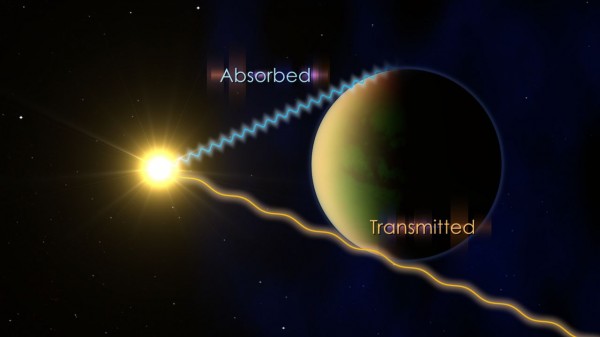 Although having unsexy names like WASP-17b, HD209458b, WASP-12b, WASP-19b, and XO-1b, these exoplanets orbit nearby stars and show signs of water vapor in their atmospheres. However, they are classified as hot Jupiter and thus are no place for life.

Detection of water vapor in the atmosphere of an exoplanet is extraordinarily difficult. This is due to a blanket of haze surrounding the planets and blocking the absorption lines of water from coming through. But the results of the new discovery are conclusive: water has been detected by examining the amount of starlight that is absorbed in infrared wavelengths as it passes through the planetary atmospheres while it transits in front of their host star.

This study was published in the Astrophysical Journal.