The mysterious Siberian ice maiden is an amazing tattooed mummy!

Found in 1993, the Siberian Ice Maiden has animal-style deer tattoos on one of her shoulders, on her wrist and thumb.

The Siberian Ice Maiden, also known as the Princess of Ukok, and the Altai Princess, is a mummy of a woman from the 5th century BCE, found in 1993 in a kurgan of the Pazyryk culture in Republic of Altai, Russia. It was among the most significant Russian archaeological findings of the late 20th century.

She was buried surrounded by two men, possibly warriors, on the remote Ukok Plateau, now a UNESCO world cultural and natural heritage site, some 2,500 metres up in the Altai Mountains in a border region close to frontiers of Russia with Mongolia, China and Kazakhstan.

In addition to the warriors, the mysterious mummy was surrounded by six horses, saddled and bridled, which probably represent her spiritual escorts to the next world. They may also evidence her superior status. Was she a revered folk tale narrator? A healer? A holy woman? A princess?

For her last trip, she also had sheep and horse meat as well as ornaments made out of felt, wood, bronze and gold. Probably to reduce her pain or help her have visions, she had a small container of cannabis and a place to burn coriander seeds. 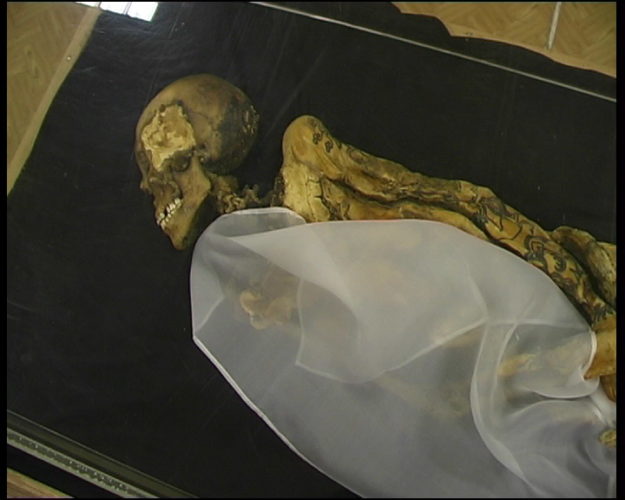 Experts say she died between at an age between 25 and 28, 2,500 or more years ago, making her, for example, some five centuries older than Jesus Christ, and several hundred years the senior of Alexander the Great.

Discover Juanita, La Doncella, The Inca Girl Who Had Been Frozen For 500 Years.