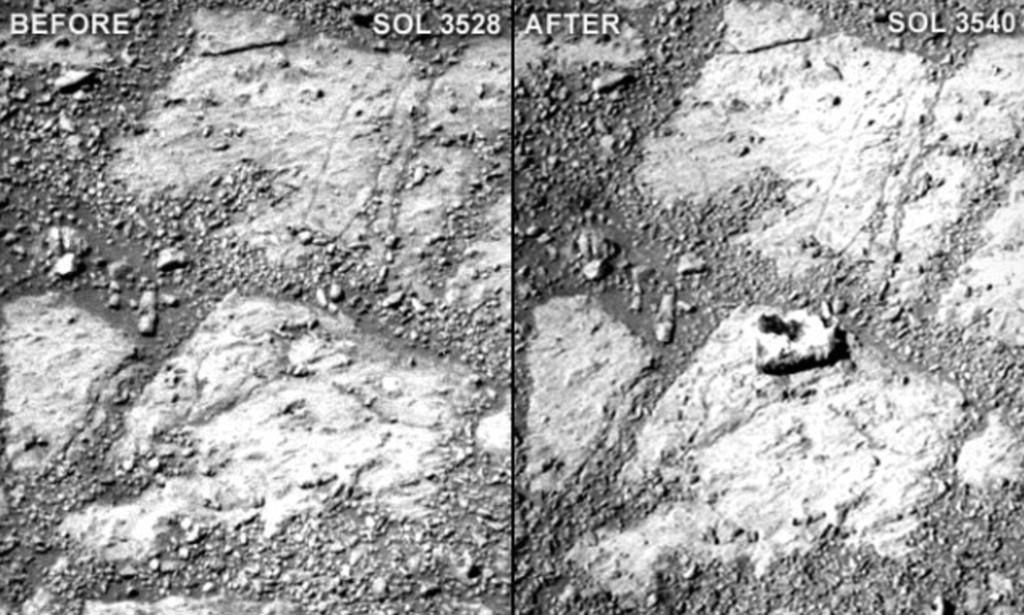 A mysterious Martian rock that appeared in front of the Opportunity rover within days has left scientists scratching their heads.

The rover, which landed on Mars in 2004, hasn’t moved in over a month as it waits for better weather on the red planet.

But a photo taken on Sol 3540 (January 8th, or the 3,540th Martian solar day since the Opportunity rover landed) shows a rock that wasn’t visible in previous photos taken on Sol 3536.