Earthquake “booms” have been reported for a long time. They tend to occur more in the Northeastern US and along the East Coast. Most of these loud booms are the result of cultural noise (explosion, army training, sonic booms, tannerite explosion), but some booming noises remain unexplained.

Although their origin is unknown, these “booms” probably originate from small shallow earthquakes that are too small to be recorded, but large enough to be felt by people nearby.

The term “Seneca guns” is just a name, not an explanation. It does not tell us anything about what causes these noises and shakings. The name originated in a short story that James Fennimore Cooper wrote during the 1800’s. The name refers to booms that have been heard on the shores of Lake Seneca and Lake Cayuga in New York State. The name has been applied to similar noises along the coasts of North Carolina, South Carolina, and Virginia. Similar booms are called Barisol guns in coastal India. These phenomena have also occurred in three widely separated places around the world. That’s about all we know about the Seneca guns.

The thing that comes closest to matching all of the observations is sonic booms from military aircraft. During the 1970’s, Seneca guns were heard on the coast of Virginia. Reporters and seismologists investigated for several weeks but were unable to determine the cause. Finally the Navy admitted that one of their planes had caused a sonic boom. The problem with sonic booms is that they cannot explain Seneca guns that occurred before supersonic jets.

Naval ships firing their guns offshore might have produced some of the booms. Under certain atmospheric conditions, sounds can travel farther than usual so that they might be heard onshore as loud booms. Naval firing might explain some of the Seneca guns that occurred before jet planes were in wide use. However, naval gunfire cannot explain the Seneca guns inland, around Seneca Lake and Cayuga Lake. These lakes are much too small to have any military vessels on them, and no navigable rivers connect them to the ocean or to the Great Lakes.

Earthquakes are also a possible cause. In southeastern North Carolina, earthquake lists show seven events between 1871 and 1968. Each event was reported by people who felt it or heard it. The problem with the earthquake explanation is that something that is felt or heard that strongly should have been recorded on nearby seismographs (these are the instruments that record ground shaking for seismologists to analyze). A seismologist in Virginia who has tried, has never been able to match any of the reported Seneca guns with his seismograph records, and he has tried lots of times over the years.

What is probably not the cause

Perhaps the best way to understand earthquake sounds is this experiment by David Hill. It seems to be the P wave that sounds as shown in the description of the experiment (Earthquake Waves Outrace Sound).

There are accounts of explosion-like sounds that were said to have occurred before or during the New Madrid earthquakes of 1811-1812.

As with most historical earthquakes, details about sounds and the actual level of ground motion related to the Charleston, SC Earthquake (1886) are somewhat sketchy and hard to authenticate. Here are some of the most interesting reports:

“According to the testimony of some, the first intimation of the disturbance was a strange sound or murmur. Others say that with the sound they felt the trembling, and that both increased, at first steadily, but by perceptible stages, and then suddenly or by swift degrees, to the full roar and energy of the climax. Dr. Manigault resides in a very quiet street near the Battery, and but a few hundred yards from the estuary of the Ashley River. He was engaged in a game of chess, and a member of his family was sitting by an open window. The latter, surprised or perhaps alarmed by the prolonged sound, arose, crossed the room, entered the hall, and passed out into the open air before the doctor became aware of anything unusual. The sound appeared to come across the water of Ashley River from the west-southwest. Another observer of intelligence was seated in the park at the Battery, near the statue of Jasper. He suddenly became conscious of a deep murmur, which swelled in volume, and which appeared to come from the open bay, lying southeastward. Very soon there was a sound of agitation in the leaves of the trees overhead, and at the same instant, he thinks, he became aware of a tremor in the ground. Springing to his fee, there suddenly broke upon his ear a rapid swell in the sound, which became a mighty roar, and with the roar came a shock.”

It is apparent from these observations that, at least for the main shock, people heard the actual low frequency motions of the damaging earthquake waves as they rolled across the region and right down their street… The “roar’ came with the “shock”.

As for scientific evidence for loud sounds that preceded the 1886 Charleston, SC Earthquake, there is none. To our knowledge, there were no seismographs or barographs that recorded the earthquake. The only data that was collected that could have scientific significance (aside from tide gauge and other water surface measurements, was from large clocks that stopped due to ground motions. Unfortunately none of these clocks were precisely synchronized so those data are of poor quality.

For several weeks after the Charleston Earthquake (8/31/1886) there were many aftershocks that were reportedly accompanied by “loud detonations”. But there was little mention of sounds occurring before an event. The earth was in a fairly continuous state of agitation and it would be difficult to relate a specific sound to a specific earthquake. The following account from the Dutton report is particularly informative:

“For several weeks following the principal disturbance minor shocks continued to be felt at frequent intervals. Many of them would have been considered very forcible and alarming and they not been greatly disparaged by the convulsion of August 31. Almost all of them were accompanied by loud detonations.

I reached Summerville about 5 o’clock p.m. Detonations were heard at intervals averaging perhaps half an hour. From that time until 9:30 p.m. occasional and very slight spasmodic tremors of an instant’s duration accompanied the detonation. I endeavored to determine the direction from which the sounds came, but no two individuals agreed. They seemed to me to come from the northwest. They were much like, but somewhat more muffled than peals of thunder at distance of half a mile or more, or perhaps more like the discharge of a blast in a mine or quarry at a little distance.”

There does not appear to be any agreement on what causes the Seneca guns. They have been occurring in several places around the eastern U.S. and in India for at least a century or two. As far as I can tell, they have worried people but they have never caused damage or injury. The Earth is a complex place and there is a lot about it that we don’t understand. Perhaps someday we will understand what causes Seneca guns, but right now we don’t understand what makes them. However, they do not seem to pose a threat to anyone. 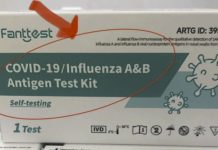 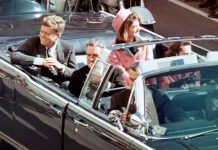 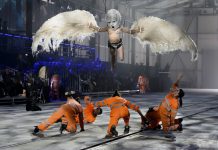 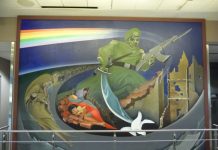 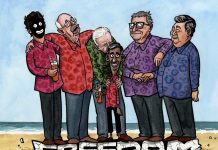