In 1969, the USSR led a small, yet potentially devastating conflict in the far east, with it’s a communist ally China.

Soviet high command came up with the idea of a completely new type of weapon – an aircraft that could kill without any munitions at all and leave no contamination to the area where it strikes.

M-25 was to be the first and only aircraft designed to use the sonic boom to devastate enemy troops in an open terrain battlefield.

But was this the real background of the story and why did the project never come to life?

Hold your color as we investigate the M-25 – Hell Reaper.

The story of the M-25 actually starts with the end of the strategic nuclear bomber – or rather, the launch of sputnik.

With rockets able to leave the atmosphere, cross the planet, and perhaps deliver an unstoppable nuclear payload, the Russian government at the time saw that the age of large lumbering bombers was over and it was time to go to space.

Stalin, who had been obsessed with expanding the Airforce, was out and his replacement Khrushchev saw that rockets were the future. Any new aircraft would need to be missile carriers, called Raketonosets!

The age of intercontinental ballistic missiles was here, and beating this drum was Vladimir Vasilyevich Struminsky. He would see that all research and effort be moved from aircraft to rockets at a moments notice.

Many sources state that the idea for this project came into life after the Sino-Soviet conflict in 1969, but the actual idea was actually conceived a year before, in 1968.

However, in 1969. a crucial meeting occurred, between the aforementioned Struminsky and the famous Soviet aircraft constructor –

Vladimir Mikhailovich Myasishchev. The one responsible for so many of the soviet unions most famous aircraft. Where the M-25 was born, or should we say, could’ve been born.

This plane design wouldn’t need any onboard weapons or bombs, it would be impossible to stop the wave and unlike nukes, there wouldn’t be any radiation to clean.

With the old guard and the new onboard, and the backing on the USSR military, the two got to work.

they started with existing supersonic aircraft, like the MiG-21. Several test flight were conducted at Lipetsk air base with the MiGs flying at around 25m with the speed of over Mach 1. These trails were used to see how fast an aircraft would need to go, what problems might arise and where extra research was needed. The hope was a simple plane already in the USSR arsenal would be sufficient.

But the experiments with the MiG-21 sonic boom only generated enough pressure to shatter glass – not concrete, steel or human bones. They would need to build a custom airframe that could dial up the boom to earth-decimating levels. As with all top secret soviet projects, it would have the simple name of Theme 25.

The reason that they had to return to the drawing board was because of normal aircraft design. A typical plane wants as little drag as possible to preserve fuel. Low drag means a lower sonic boom.

Thus this new design would need to be radical. At 110 tons, 39 meters and a wingspan of 25 meters, it would have the appearance and aerodynamics of a flying brick. Flat surfaces would replace a round cross-section, and there would be two tails either side of the rear.

To push through the air at the speeds needed to go supersonic, the plane would need four vast engines mounted above the fuselage – engines which would be ungodly powerful and guzzle fuel.

Other alternative considerations were considered, such as having the engines under the wings to, and i can’t believe I’m saying this on a plane video, IMPROVE the drag.

There would be a single pilot situated at the front of the plane, riding the sonic boom like a surfer riding a record-breaking tusnami.

Under the bottom of the plane there would be a special fulage protrusion described as a ‘ledge’. It would extend when the plane was lining up for an attack and increase the drag by up to 60%. The ledge itself would have several little ‘ribs’ that could be controlled to better focus the assalt.

The plane would fly low to the ground, meer meters, at mach 1.4. Deploy the ledge and wreck havok.

The final result? A sonic boom shockwave that would reach up to six PSI, enough to collapse buildings, suffocate tanks and burst heads. Gruesome stuff indeed. 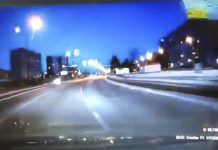 Another Chelyabinsk meteorite? Huge bolide changes night into day while disintegrating in loud rattling booms over thousands of kilometers in Russia on Orthodox Christmas... 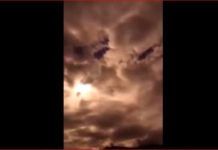 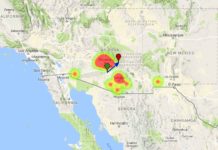 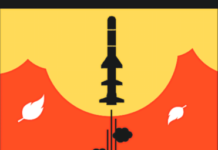 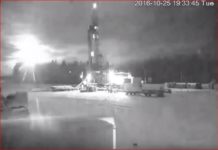 Fiery meteor disintegrates in the sky over Ust-Kut, Russia 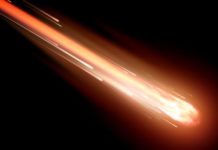 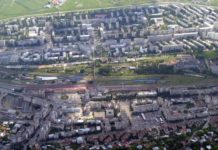 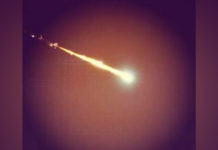 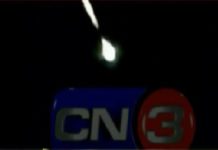