The Meadow Fire! It’s terrible to say but these Yosemite National Park wildfire photos are beautiful!

Watch the flames burning overnight near Half Dome in Yosemite National Park. Epic and eerie! 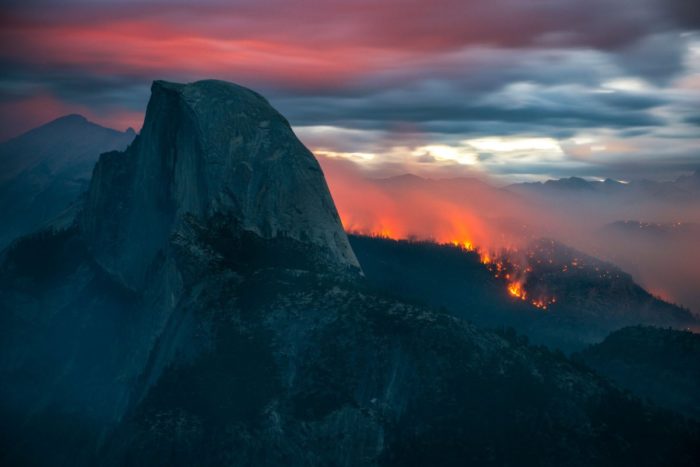 The Yosemite wildfire, which has been raging for weeks in the back country of the national park, has been captured on camera by landscape photographer Stuart Palley. 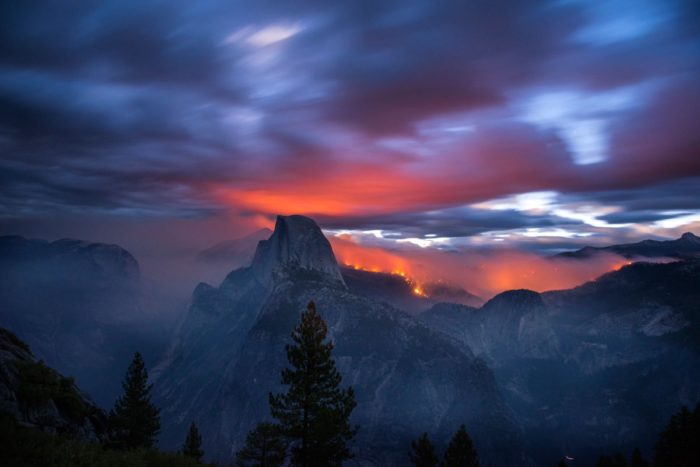 His epic pictures show the 4,500-acre blaze making its way through one of the most beautiful national parks in America. 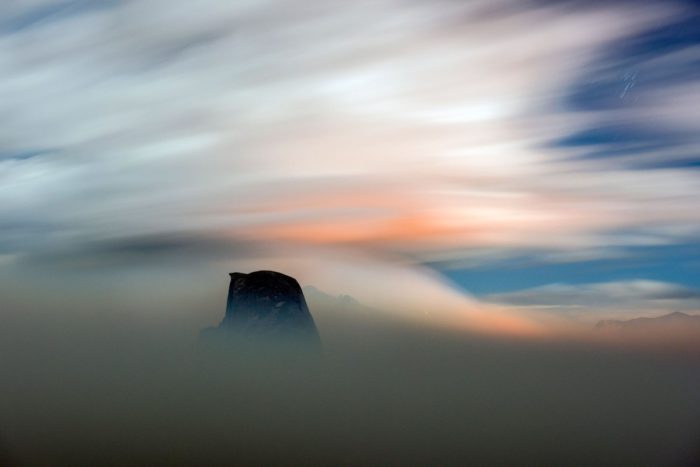 This apocalyptical blaze was started by a lightning strike and has turned into a raging inferno due to the drought affecting parts of California. 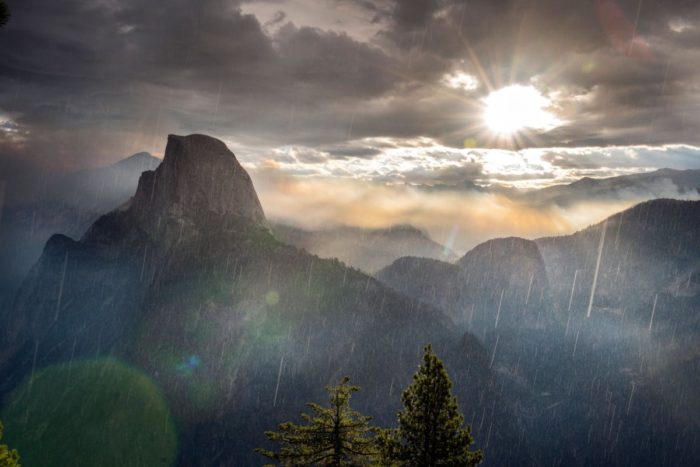 These photographs present an otherworldly vision of the park, with bloody red skies and forbidding clouds of smoke blocking out the dusky evening sky. 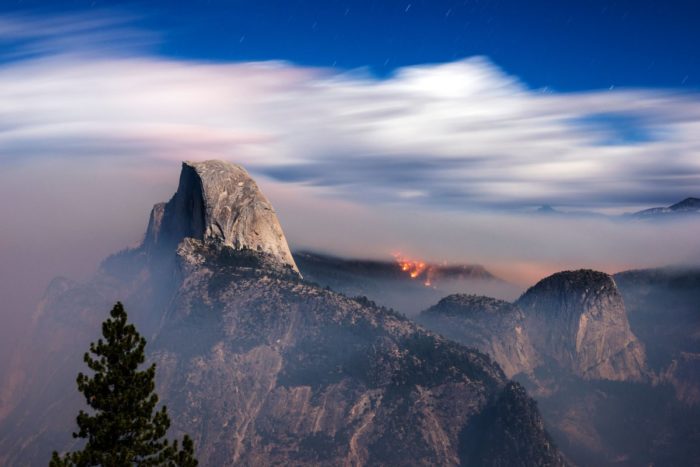 Dozens of hikers have been evacuated. At last estimate, the Yosemite National Park wildfire was only 10% contained. 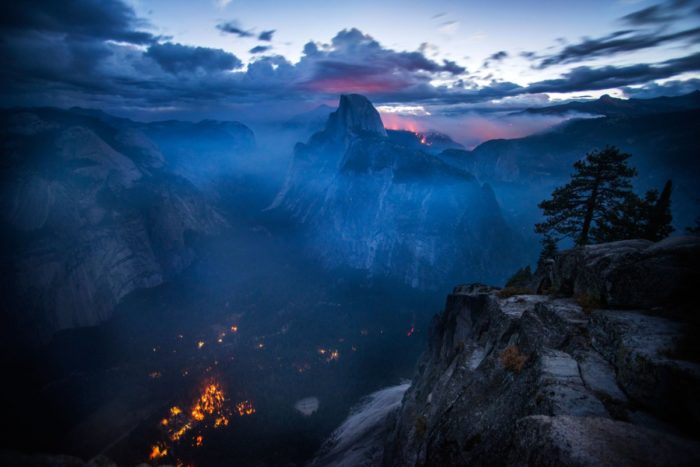 This massive California wildfire appears to have recently slowed. Eight helicopters and roughly 400 firefighters have been deployed to fight the wildfire.