This hail storm is more than apocalyptical… It’s biblical!

15 to 20 inches of ice covered streets and cars, engulfed houses, broke roofs and blocked sewers causing intense floods in the capital of Colombia. 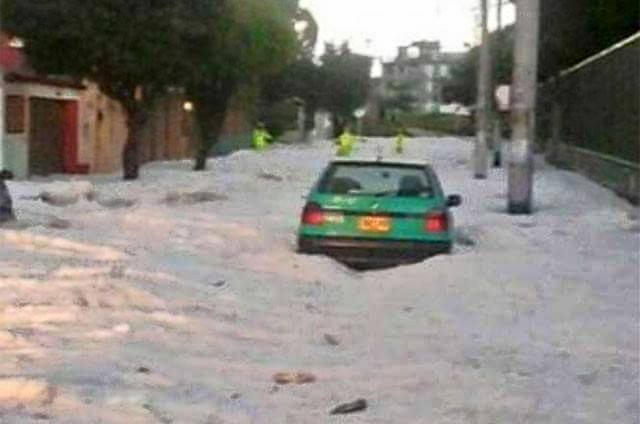 This apocalyptical hail storm struck the center and south of Bogota – Olaya Herrera, Vitelma, La Forge and Restrepo – on March 22, 2015.

The heavy storm resulted in uprooted trees, collapsing roofs and some extreme floods. 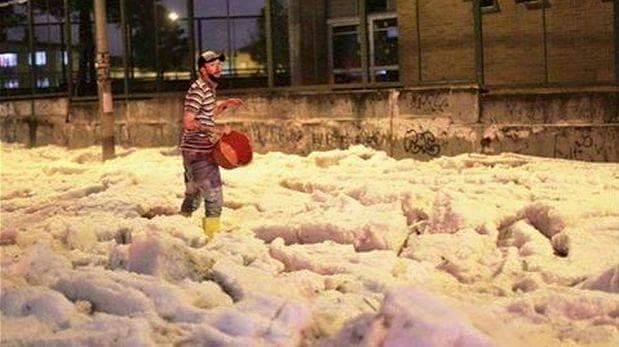 Reporters even say that roads have collapsed.

All in all neither injuries nor deaths have been reported! 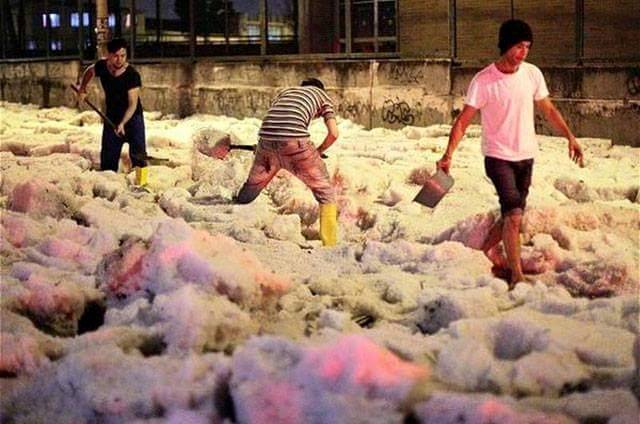 On the same day, just a bit later, A 5.2mag earthquake struck the center of Colombia, Los Santos, Santander Department.

You remember this hail storm in Quito?