A winter scene in the middle of summer in Ecuador!

Look at these spectacular images of an apocalyptic hail storm that hit the Southern part of Quito, the capital of Ecuador yesterday, February 14, 2015. 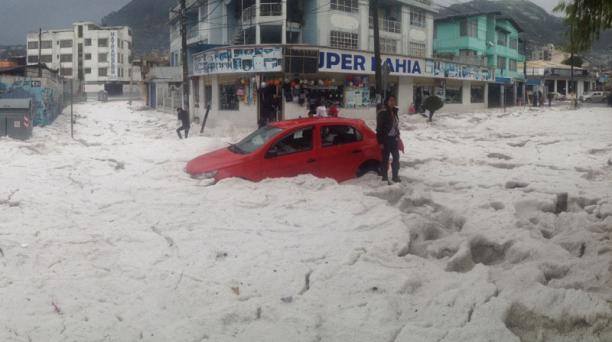 This is really weird! Watch these winter scene pictures in the south west of the capital of Ecuador… During summer! 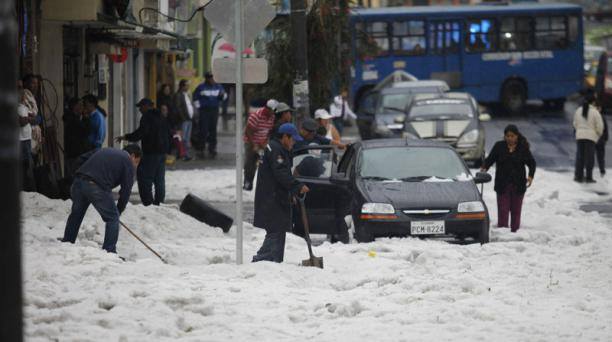 The hail blocked one of the main roads of southern Quito. 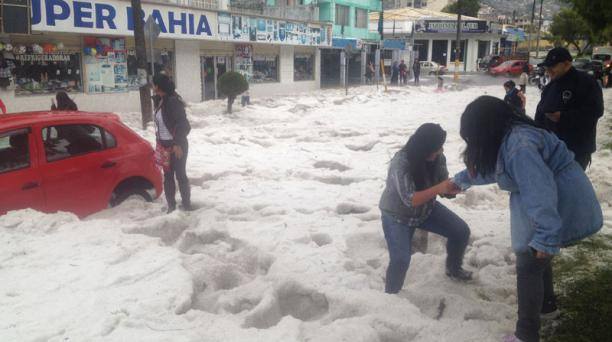 The hail in the southwest of Quito started falling at 14:50 surprising residents and blocking roads and people in two habitation blocks. 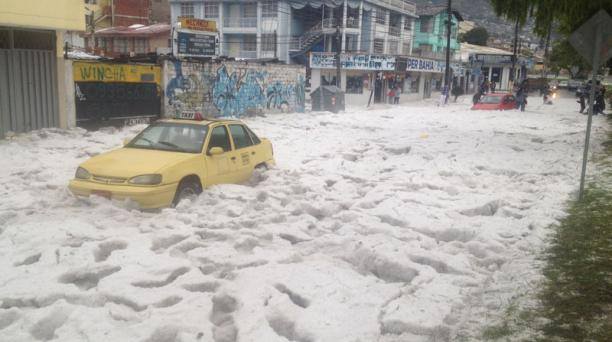 Cars got trapped in a hail layer of more than 30 inches. It was impossible to try to move the cars. Animals like pigeons got also trapped in the ice. 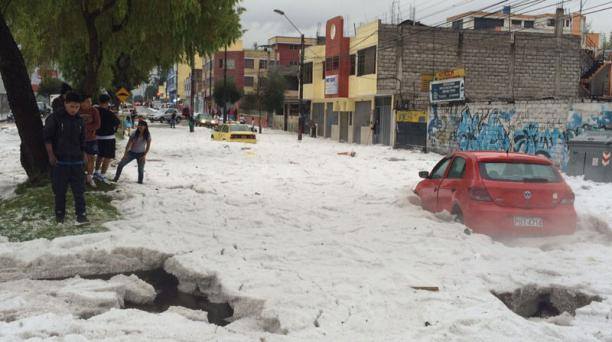 While some got stressed by the situation, others started to play with and in the accumulated hail stones.

Hopefully, they will not get a drought at Christmas!