Two new giant cracks – 160 and 360 meters -have appeared in the neighborhood of Ángeles de Nextipac in Guadalajara.

The state of emergency has been declared and 11 homes have been evacuated.

The 160m and 360m cracks go through eight blocks, affecting 11 houses that are located around.

About 50 people have been evacuated. Most have been relocated by relatives but some are waiting for help. 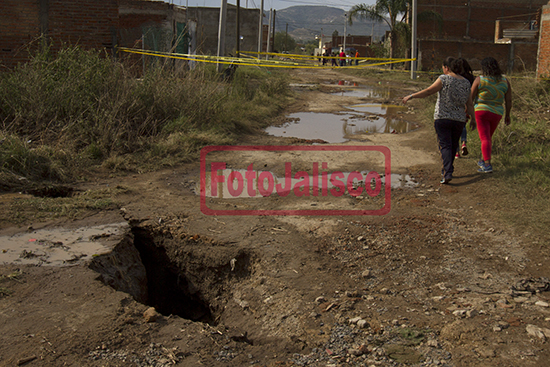 According to the Civil Protection, similar cracks had already been detected in 2004 and then in 2011 in the area:

Geological studies have already warned officials that this area wasn’t safe for habitations.

In 2014, another giant crack opened up in Mexico…