When large icebergs break off, they produce a seismic event detectable across the Earth.

These glacial quakes are all around magnitude 4.6 to 5.2. So pretty big. 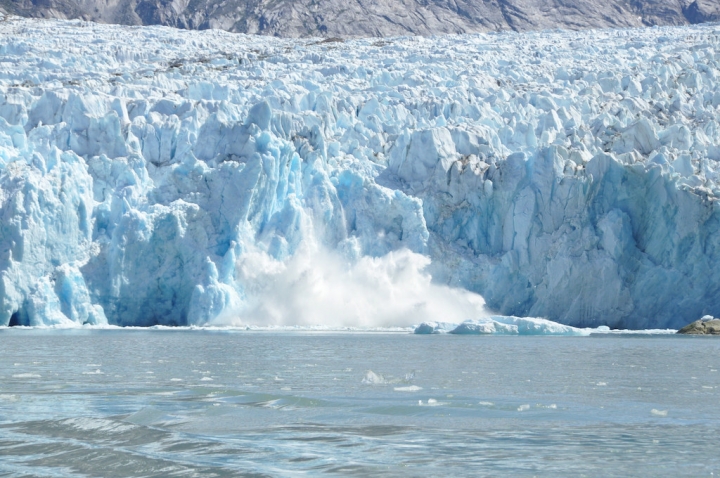 These earthquakes aren’t caused by faults but triggered by incredible movements of ice and how those impact the ground beneath.

In comparison to the early 1990s, these glacial earthquakes have increased by seven. Yes, that’s another way to prove that global warming is there!

[quote_box_center]Over 55 days in the late summer of 2013, researchers observed ten large calving events and corresponding earthquakes and a total retreat of Helheim Glacier by 1.5 kilometers. And Helheim is just one of many Greenland glaciers that are losing ice.[/quote_box_center]

One of the most impressive and apocalyptic calving was filmed in 2008.