Yes, a flash of green light came down from heaven in a cloud of fire with a fiery tail, before exploding in a big bang… Did you see it? Did you hear it?

I think the guy is the video is trying roller blades… Too bad for him, the interresting thing happened in its back. Be careful @ around 7 sec:

The fireball video was recorded at around 7:40 pm in Cascavel, Paraná, Brazil, but has also been reported in several other cities in the state. 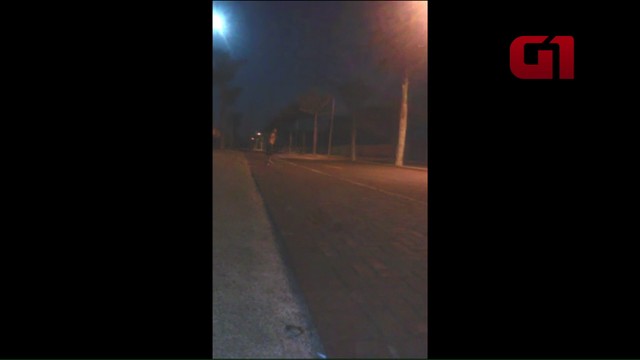 Witnesses reported a large ball of fire falling down to Earth with an angle of about 45 degrees. In Palotina and Alton, two other cities in the same region, the fire department received several calls of residents reporting the fireball exploding in a large bang.