The temblor could be felt as far away as Grand Island. 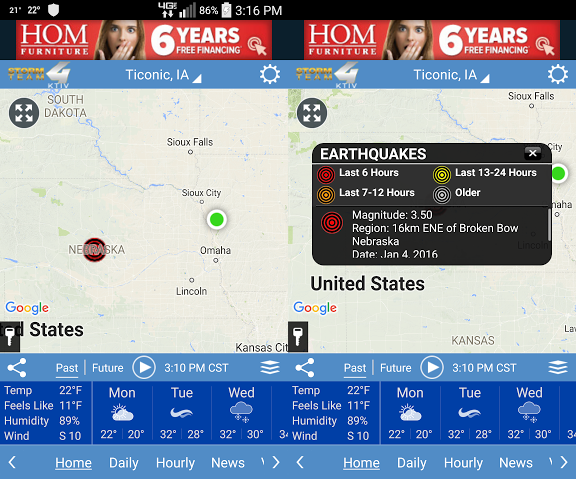 The USGS says a mild earthquake has rattled central Nebraska just after 10 a.m. in Custer County.

According to Earthquaketrack.org, this is only the sixth earthquake registered in Nebraska in the past year.

The first significant earthquake felt in Nebraska occurred on April 24, 1867, and affected an area estimated at 780,000 square kilometers including much of Nebraska. Probably the strongest earthquake in Nebraska history occurred on November 15, 1877. The total felt area covered approximately 360,000 square kilometers including most of Nebraska and portions of Iowa, Kansas, the Dakotas, and northwestern Missouri.