This is a historic and incredible moment: An Atlas bear has been sighted and filmed alive in the forest of Tissemsilt, Algeria.

The Atlas bear was Africa’s only native bear that survived into modern times. Once inhabiting the Atlas Mountains and neighbouring areas, from Morocco to Libya, the animal is now thought to be extinct. BUT IT IS NOT!

The Atlas bear was Africa’s only native bear that survived into modern times.

However, it is unknown where it actually originated from. 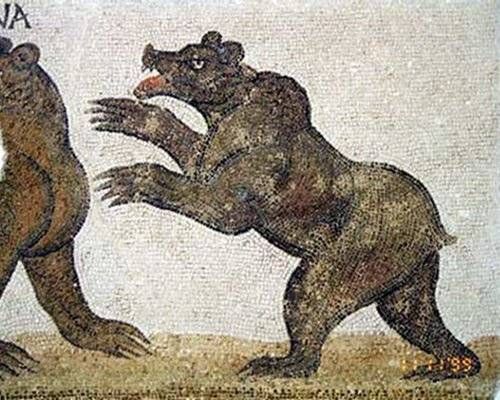 During Roman times, this North African bear had been massively hunted, captured and used for gladiatorial combats and against other animals such as lions, tigers and other animals. 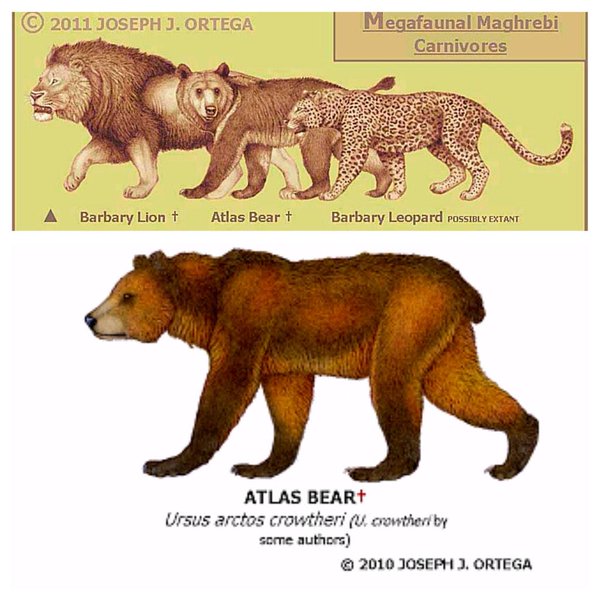 It is believed that this bear species became extinct shortly after modern firearms were developed in the late 19th century.

The last one recorded to be killed by hunters was in 1870 in the Tetouan Mountains in northern Morocco.

Learn more about the Atlas bear in this video:

The Atlas bear was brownish black in colour, measured up to 9 feet long and weighed 1,000 pounds (450 kg). It was mostly herbivorous feeding on roots, acorns and nuts, but was able to eat meat as well.

Exactly like in the video above. The Atlas bear lives.