There are currently 38 volcano eruptions around the world.

And only 6 of them aren’t active along The Ring of Fire. Signs of volcanic and earthquake unrest?

You may not have noticed it. Our planet is becoming increasingly unstable.

According to the first map by Volcano Discovery, 38 volcanoes around the globe are erupting right now, and only 6 of them are not along the Ring of Fire (Antarctica, Africa).

And of course we are witnessing a tremendous amount of earthquake activity as well. Ecuador and Japan were just hit by deadly earthquakes.

How much more does our planet have to shake before people start paying attention?

Of course the things that we have been seeing lately are part of a much larger long-term trend. Seismic activity appears to have been getting stronger over the past few decades, and now things really seem to be accelerating.

If it seems like earthquakes and erupting volcanoes are happening more frequently, that’s because they are.

Unrest also seems to be growing among the world’s super-volcanoes. Iceland (which is home to some of the most dangerous volcanoes on the planet), Santorini in Greece, Uturuncu in Bolivia, the Yellowstone and Long Valley calderas in the U.S., Laguna del Maule in Chile, Italy’s Campi Flegrei – almost all of the world’s active super-volcanic systems are now exhibiting some signs of inflation, an early indication that pressure is building in these volcanic systems. 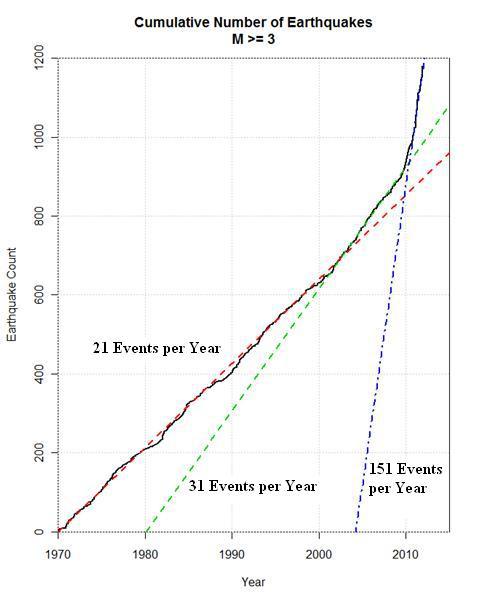 Right now the entire planet appears to be waking up, and this especially seems to be true of the Ring of Fire. 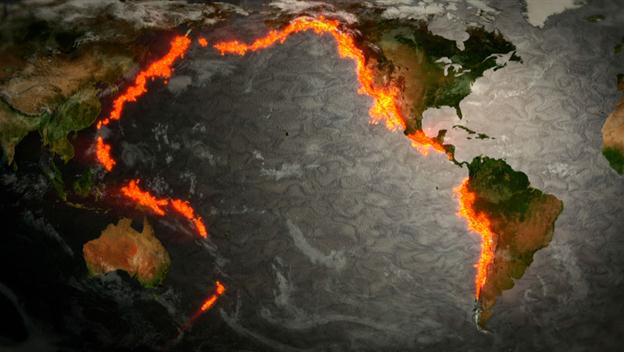 For so long, the west coast has been incredibly blessed not to have experienced a major seismic event. But scientists tell us that it is only a matter of time.

And right now, just about every other part of the Ring of Fire is shaking violently.

As Americans, we are not accustomed to being concerned about major earthquakes and massive volcanic eruptions, but that could soon change in a big way.

The truth is that our planet and our sun are changing in ways that are unpredictable and that our scientists don’t completely understand.

Scientists already know that magnetic north shifts. Once every few hundred thousand years the magnetic poles flip so that a compass would point south instead of north. While changes in magnetic field strength are part of this normal flipping cycle, data from Swarm have shown the field is starting to weaken faster than in the past.

Clearly some very unusual things are taking place right now on Earth and in our Solar System.

So what do you think? Do you know why our planet and our sun are experiencing such dramatic changes?