Tropical Cyclone Fantala just became the Indian Ocean’s most powerful storm ever recorded with mighty winds of more than 170 mph.

Fantala is the latest in a series of abnormally menacing cyclones after Hurricane Patricia in October, and Hurricane Winston in February.

Hurricane Patricia became the strongest-known storm in the Northeast Pacific in October, and February’s Winston caused devastation in Fiji as the most-potent cyclone on record in the Southwest Pacific.

Now we have Fantala that just made history becoming the strongest-known storm in the Indian Ocean.

Yes, this wind speed would make it a Category 5 hurricane on the Saffir-Simpson wind scale.

Although it simmered down to about 85 knots on Wednesday, and is expected to wander southeast for a couple days before running out of steam, Fantala is the Indian Ocean’s most powerful storm on record.

The third record-breaking storm in under a year might owe its ferocity to human activity.

Fantala is the latest in a series of abnormally menacing cyclones. This progression of monster storms might have something to due with human activity.

Many parts of the tropics have seen record-warm sea surface temperatures in 2015 and 2016, triggered by a strong El Niño on top of longer-term warming caused by human-produced greenhouse gases. 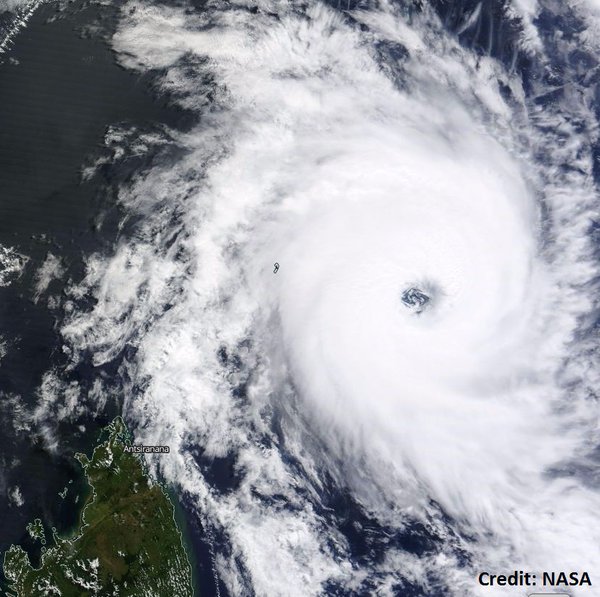 These unusual readings have added fuel to the fire of tropical cyclone production.