A giant oarfish was caught off Taiwan on April 19, 2016 just after a moderately-strong quake hit.

The so-called “earthquake fish”, measuring an amazing 16ft (5m) long, is freaking locals out as, according to folklore, it is said to appear just before a quake hits. 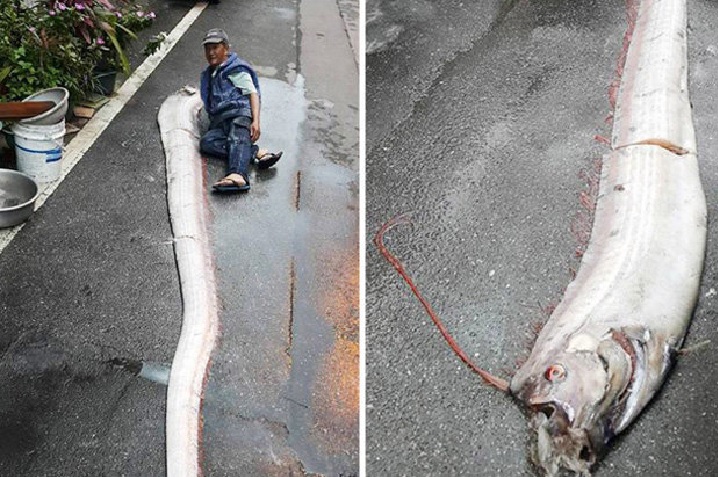 The sea beast, was captured in waters off Taiwan’s eastern Kangle Village, in Hualien County.

The bizarre creature appeared after the southern city of Tainan experienced a quake of 4.6 in magnitude in the early hours of April 19.

Normally living in deep ocean waters, local residents suspected the deep-sea creature had been sent to surface by this quake. 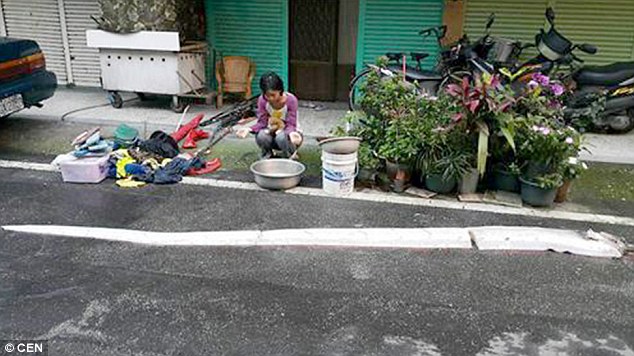 It comes just weeks after a devastating 6.4 magnitude earthquake hit Tainan City claiming the lives of 117 people and leaving 550 hurt.

Although oarfish are traditionally a bad omen it was a lucky haul for the fisherman after he chopped up the trophy catch and turned it into soup.

Have a good meal while waiting for the next quake to strike!