The Chaudiere River flows in Quebec, Canada. Near Levis there is a small 115-foot waterfall which sometimes acts as a natural icebreaker.

In winter or springtime, when ice drifts over the water, you sometimes see giant sheets of ice tumble down the waterfall and into the river. Mesmerizing and terrifying! 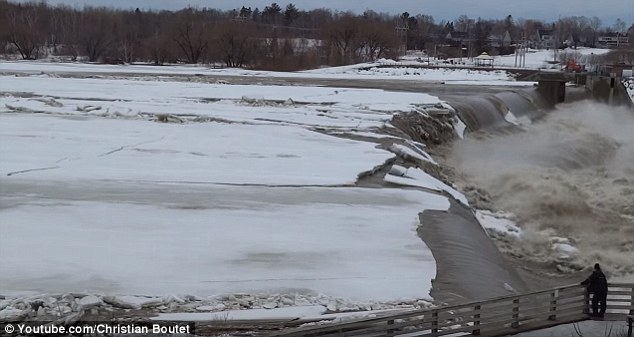 This hypnotic footage was captured last January 2016 as giant sheets of ice are plunging into the 115 feet high Chutes de la Chaudiere in Quebec, Canada. 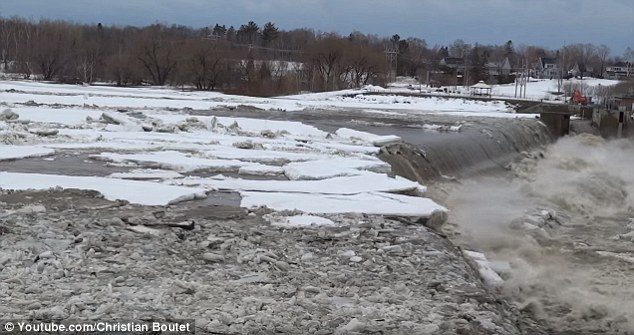 The phenomenon shown in the footage happens when ice on the surface of the river breaks and is wiped away by the water.

This can cause the river to rise and trigger floods. 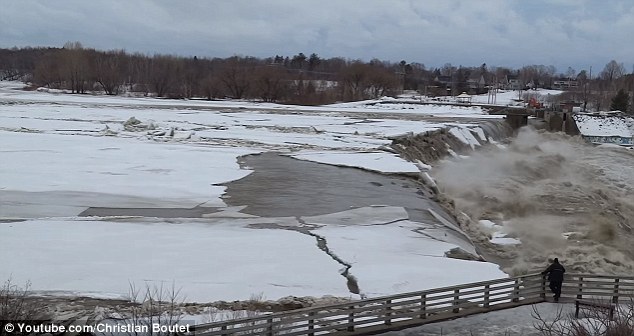 On the contrary, ice can accumulate in the river and block it, which can also create floods. This happened in February in the Chaudiere River and 200 people had to evacuate their homes.

In Quebec, the word chaudiere refers to a bucket. Those who named the river thought the froth coming out of the waterfall made it look like a bucket of boiling water.

Better than an ice tsunami I would say.