The ‘Primitive Machine’ within the Great Pyramid of Giza has been reconstructed by archeologists.

This simple yet elaborate system of blocks and grooves within the Great Pyramid of Giza had been constructed by ancient Egyptians to protect the King’s Chamber from tomb robbers. 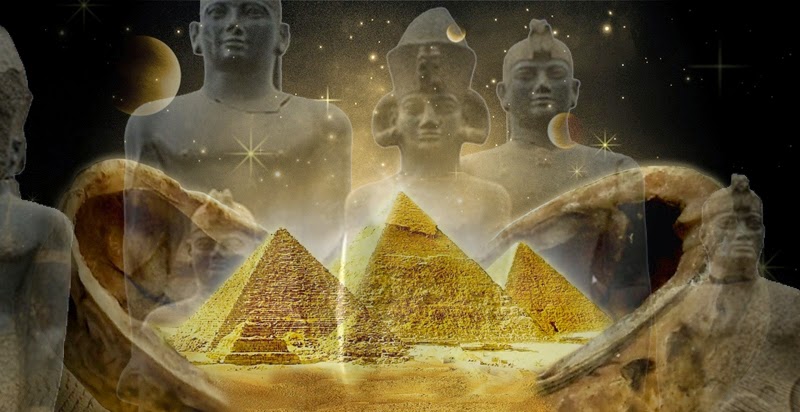 Many scholars believe that the King’s Chamber housed the remains of the pharaoh Khufu (reign ca. 2551–2528 B.C.), the ruler who ordered the construction of the Great Pyramid of Giza.

The tallest pyramid ever constructed in Egypt, the Great Pyramid was considered to be a “wonder of the world” by ancient writers. In addition to the King’s Chamber, the Great Pyramid contains two other large chambers, which are today called the Queen’s Chamber and the Subterranean Chamber.

To protect the pharaoh’s chamber, ancient Egyptians constructed a series of grooves and blocks that are hidden beneath the walls of the pyramid. While scholars have known about this system since at least the 19th century, archeologists were able to reconstruct its mechanism using computer animations. The animations show how blocks were dropped down grooves near the King’s Chamber after the pharaoh’ burial.

Just outside the entrance to the King’s Chamber, workers carved out a set of grooves and fitted three huge granite slabs into them. Once the king’s mummy was safely inside the chamber, the workers dropped those down to block the entrance.

Even so, the machine did not protect Khufu’s tomb. Today, all that remains of Khufu’s burial is a red, granite sarcophagus. The chamber had probably already been robbed of its contents sometime between the end of Khufu’s reign and the collapse of the Old Kingdom.

A few Egyptologists believe that Khufu may have outwitted the looters with another tactic, however. In addition to the security system, the pyramid also contains four small shafts: two that originate at the King’s Chamber and two more that originate at the Queen’s Chamber. Robot exploration of the shafts has revealed what may be three doorways with copper handles.

Egyptologists believe these shafts lead ultimately to Khufu’s real burial chamber. This would mean that the sarcophagus in the King’s Chamber is simply a decoy meant to fool looters into thinking that they had found Khufu’s burial.

So has Cheops’ chamber already been discovered yet? Are the treasures of Khufu still hidden inside the Great Pyramid? Egyptologists are now trying to answer these questions.