An enormous 10,000-year-old monolith, hacked out of limestone by stone-age humans, has been found at the bottom of the Mediterranean.

The 12-meter stone totem sits in the Sicilian Channel between Tunisia and Sicily under 40m of water. It was however hewed from a rocky outcrop some 300m away when the Mediterranean Sea was still a dry basin.

The new study explains that the area was submerged about 9350 years ago when the last Ice Age retreated. Before, the area, believed to be an archipelago, with a string of islands linking Europe to North Africa via a shallow sea.

The giant stone was cut and extracted as a single stone from the outer rectilinear ridge situated about 300 to the south, and then transported and possibly erected. From the size of the monolith, we may presume that it weighs about 15 tons. The existence of the monolith is forcing archeologists to rethink the technological know-how of ‘primitive’ hunter gatherers. 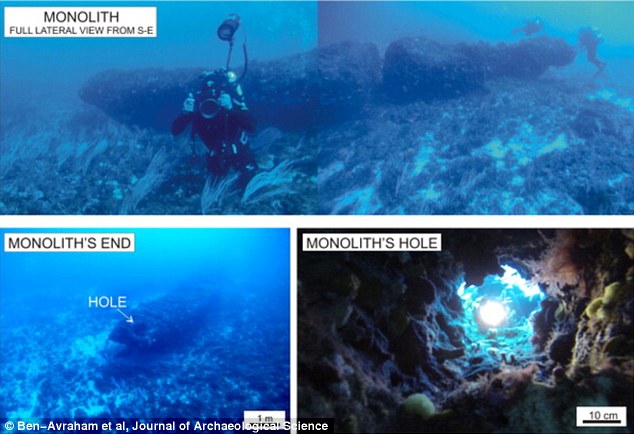 This discovery provides evidence for a significant Mesolithic human activity in the Sicilian Channel region.

This submerged site in the Sicilian Channel may significantly expand our knowledge of the earliest civilisations in the Mediterranean basin and our views on technological innovation and development achieved by the Mesolithic inhabitants.

Indeed, manufacturing, moving and erecting a monolith of such size required careful cutting work, extraction techniques and transportation. Such skills had not been previously associated with such an ancient people, the study says. 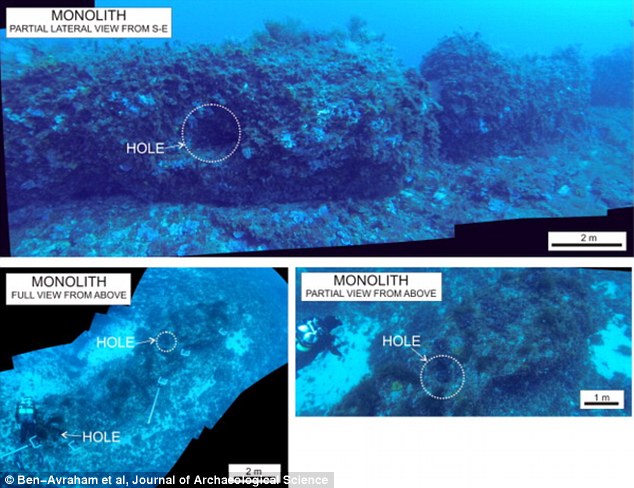 The nearby island of Malta is home to a series of mysterious megalithic temples. These have been tentatively dated to some 5600 years ago.

The oldest known structure is at Gobekli Tepe, in south-eastern Turkey. Carbon dating places the hewed stone structures — including 200 pillars weighing up to 20 tons — to be about 11,600 years old.

Was Goliath really a Giant?