A loud rumbling noise was reported across Whitehall, Montana as a 4.0-magnitude earthquake hit on Saturday evening, September 3, 2016.

The quake was reported at 5:44 p.m. and felt in Whitehall, Butte, Helena, and Pony. 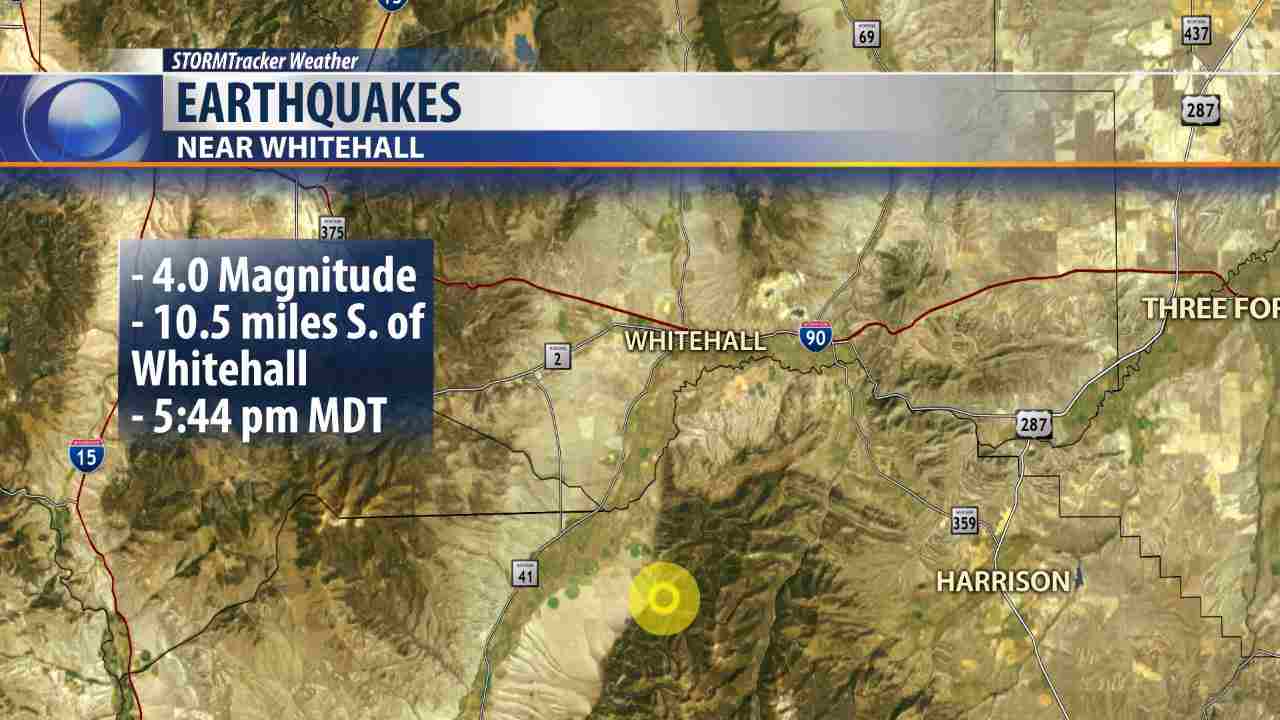 There have been no reports of damage or injury in Whitehall, Butte, Helena, and Pony at this point.

A loud rumbling noise was reported shaking houses in Whitehall.

Montana is one of the most seismically-active states in the country, although the vast majority of recorded earthquakes are very small, causing no damage and rarely noticed by people.

Since 1925, the State has experienced five shocks that reached intensity VIII or greater (Modified Mercalli Scale). During the same interval hundreds of less severe tremors were felt within the State. Montana’s earthquake activity is concentrated mostly in the mountainous western third of the State which lies within a seismic zone that also includes southeastern Idaho, western Wyoming, and central Utah.