The death toll is increasing every hours after a gigantic landslide cut off the Medellin-Bogota highway in two on October 26, 2016.

The mountain collapsed in the jurisdiction of Copacabana. So far six deaths have been reported.

At least 6 people have been found dead after a giant landslide buried some cars at kilometer 13 of the Bogota-Medellin highway Wednesday morning. 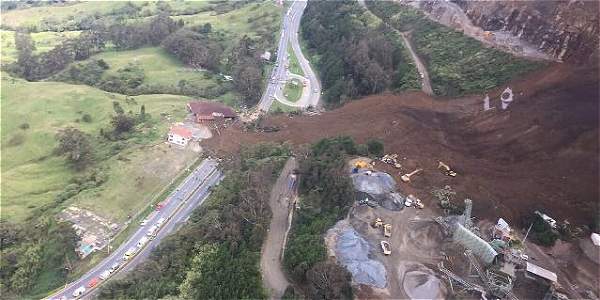 Four other people have been injured and taken to nearby hospitals. It is unknown how many are still trapped in the mud. 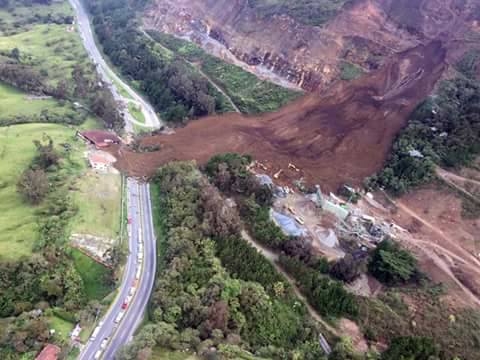 The landslide completely blocked the 4 lanes of the road with mud and rocks. According to officials, at least 50,000 cubic meters of earth fell on the two roads stopping vehicular traffic in the area. 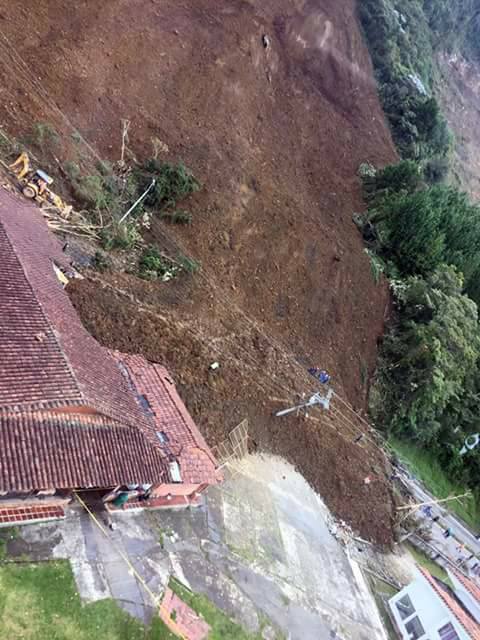 A team of about 100 rescuers are searching on-site. But officials say there is only a small chance to recover living people from the landslide.

The recovery of the bodies was estimated to last one to four days while deblocking the road will at least last a week. 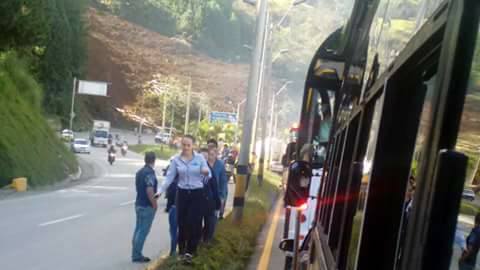 Although still unknown, the cause of the landslide could be linked to the exploitation of a nearby quarry, which continued to operate despite having closure order. 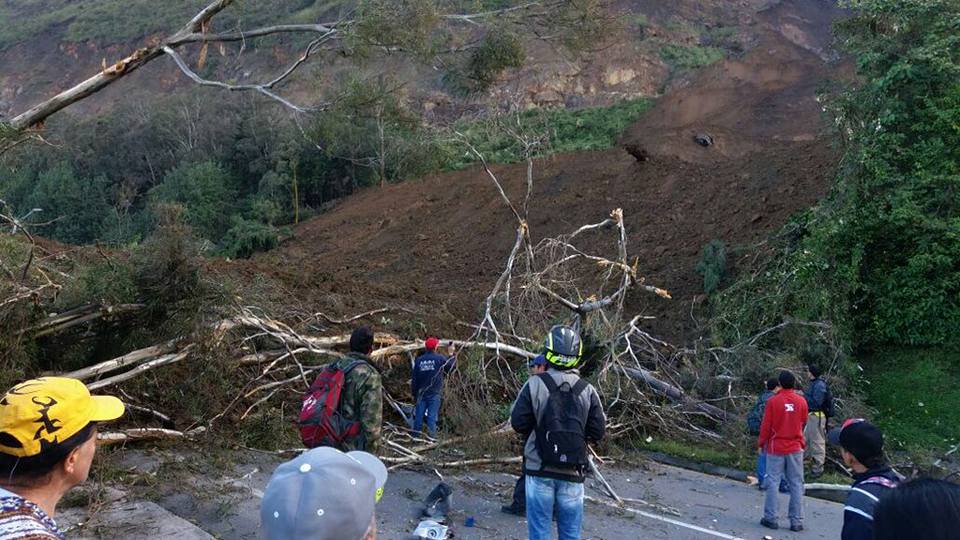