Several moderate to strong explosions have been reported on November 20, 2016 at Fuego volcano in Guatemala

Loud rumbling noises! The resulting column of ash and gas reached 5 km above the volcanic peak, is dispersing towards S and SO over an area of more than 15km.

Ashfall was reported in Morelia, Santa Sofia and Panimaché. No evacuations are underway. 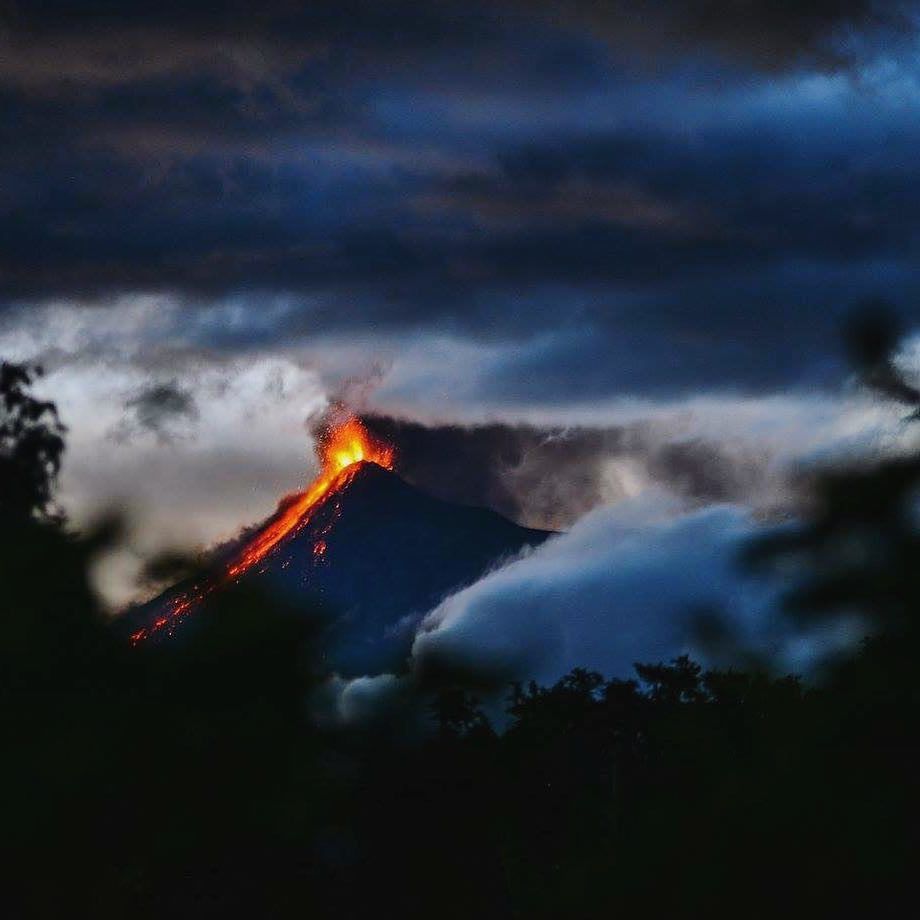 The rumbling noises produced by each loud explosions were heard several kilometers away. 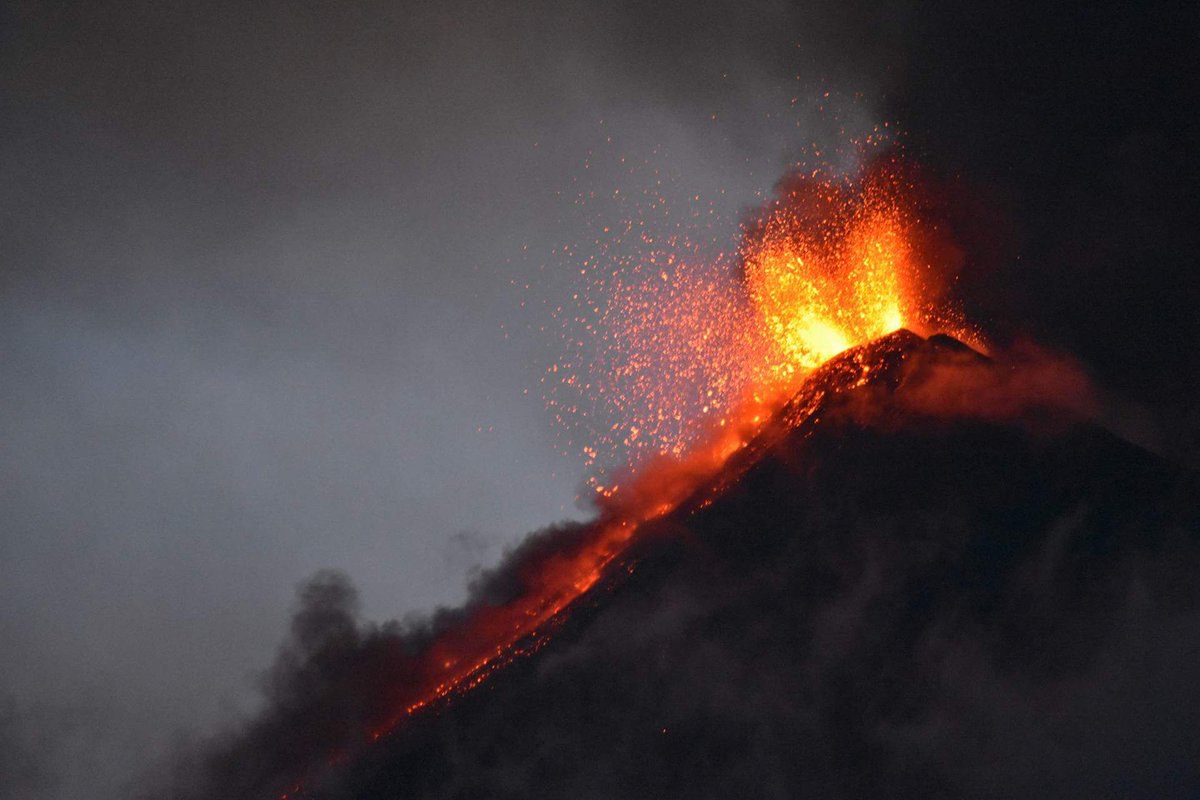 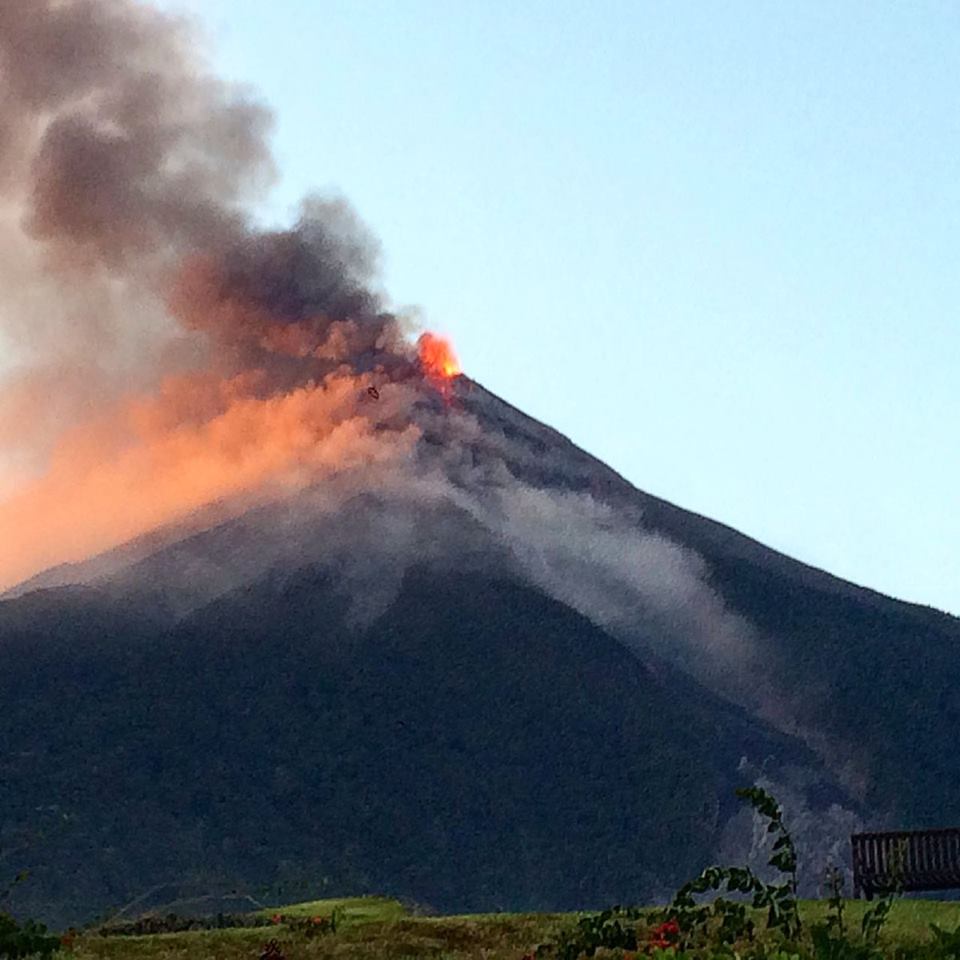 Pyroclastic flows have also been observed descending along the side of the volcano in the Ceniza and Trinidad canyons. 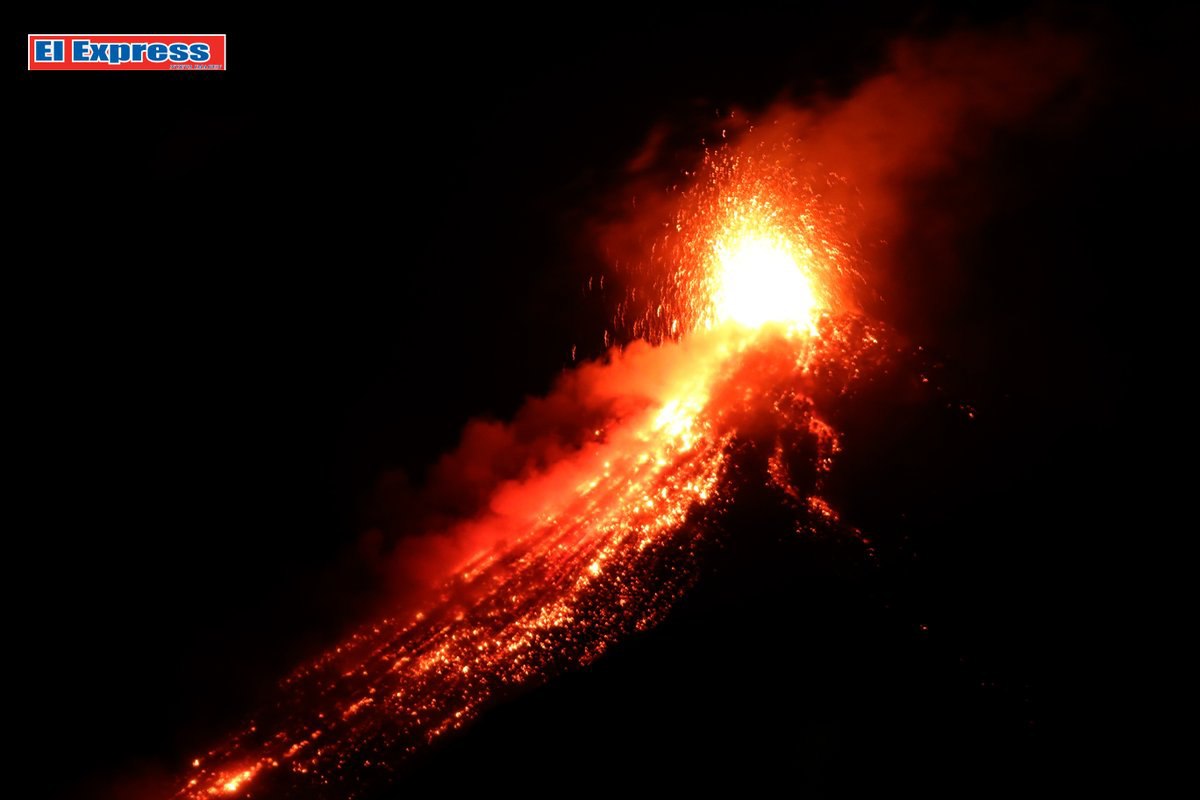 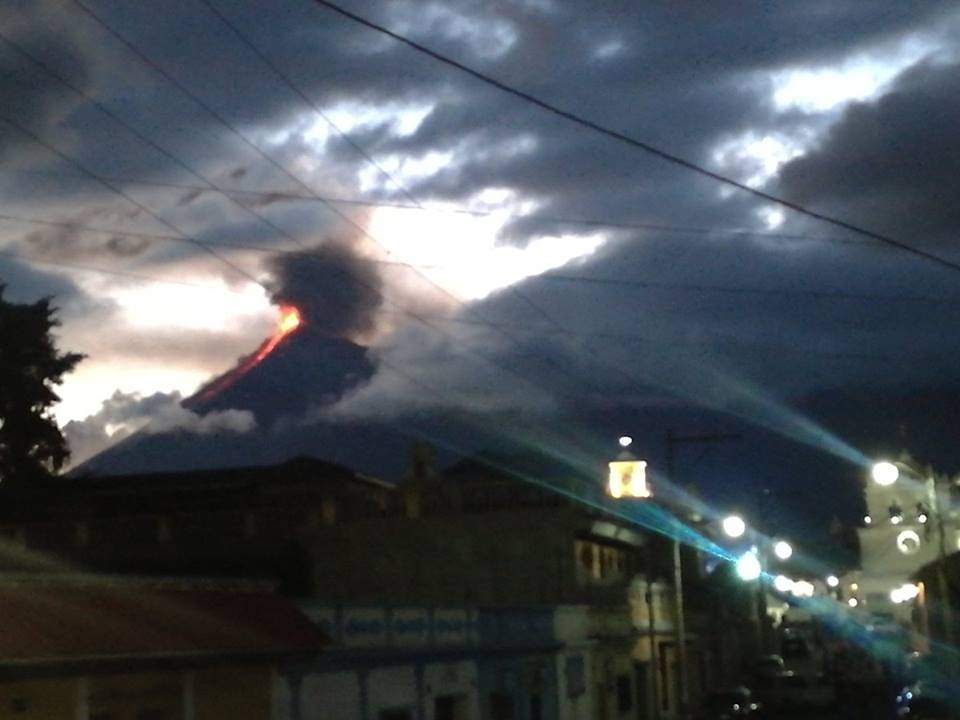 Here the volcanic report from Insivumeh: 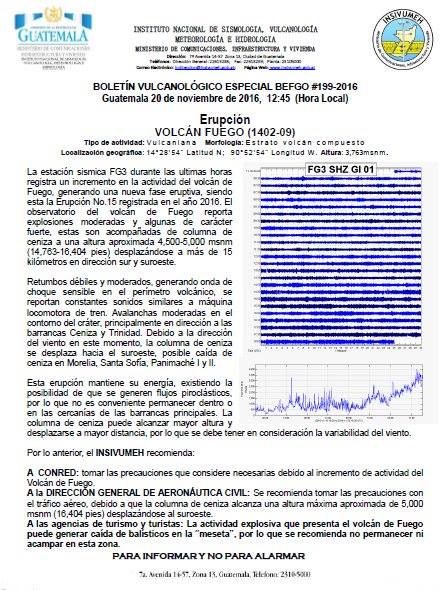 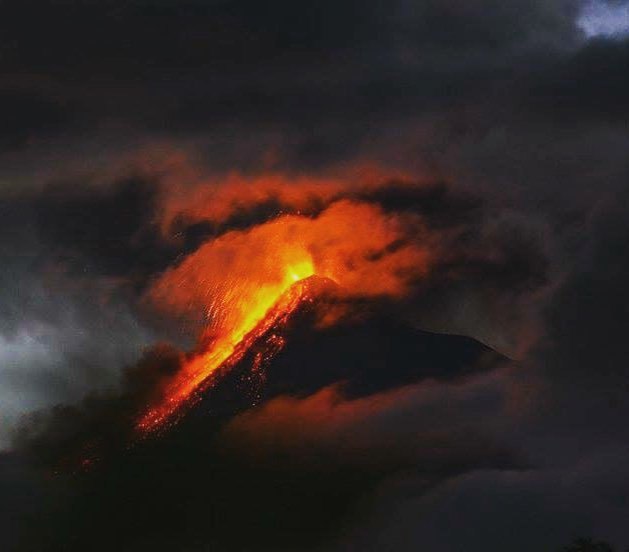 It’s not just the Fuego volcano that shows an enhanced volcanic activity, it’s all around the world since the deadly New Zealand earthquake!