It’s not a crack, a sinkhole or an earthquake. This time an apocalyptical landslide destroyed a neighborhood in La Paz, the national capital of Bolivia.

The rock slide occurred on Wednesday afternoon and buried at least 5 houses. Many others collapsed.

The massive slide event injured a person. An emergency brigade is now on spot and tries to stabilize the mountain. 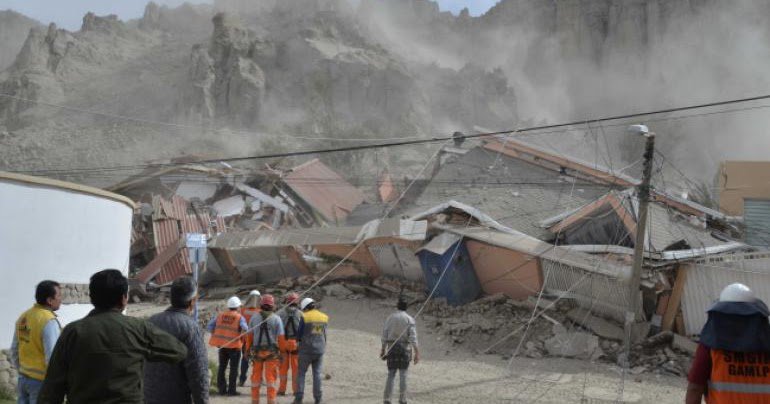 At least five houses have been buried and several others are being investigated. 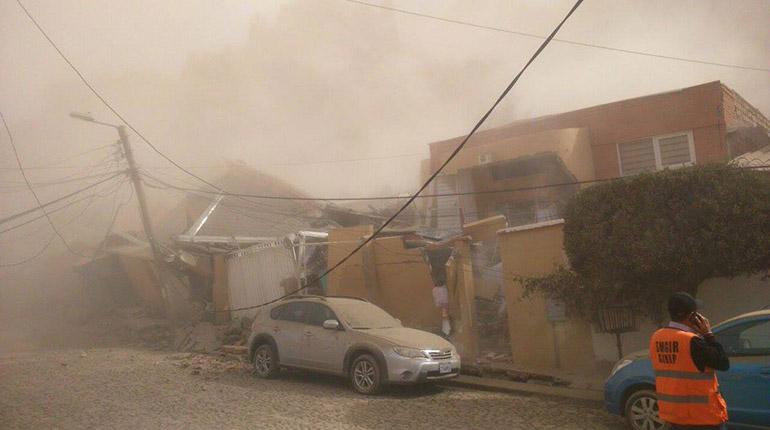 Residents believe the landslide has been caused by a movement of earth and is due to unallowed constructions. 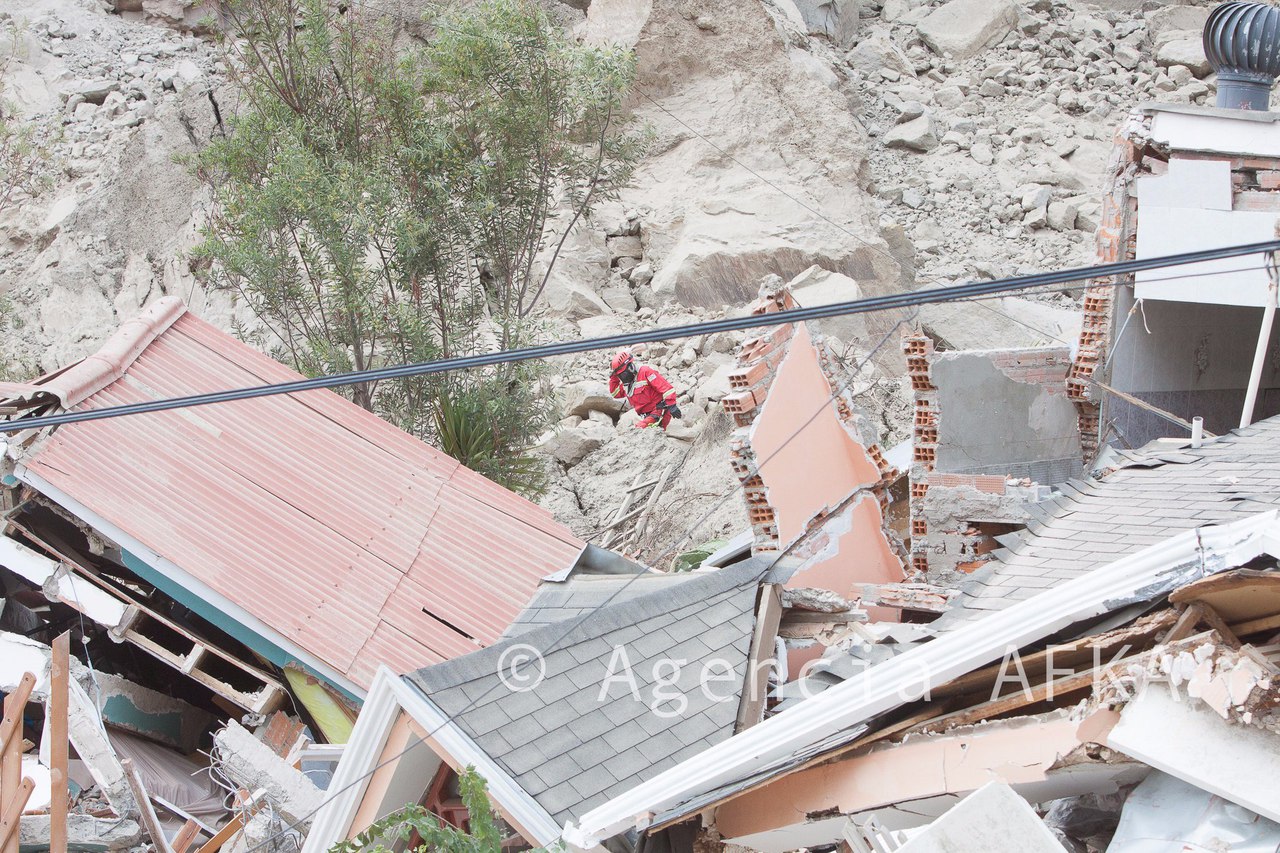 A full report determining the cause of tha landslide should be available in the next few days. 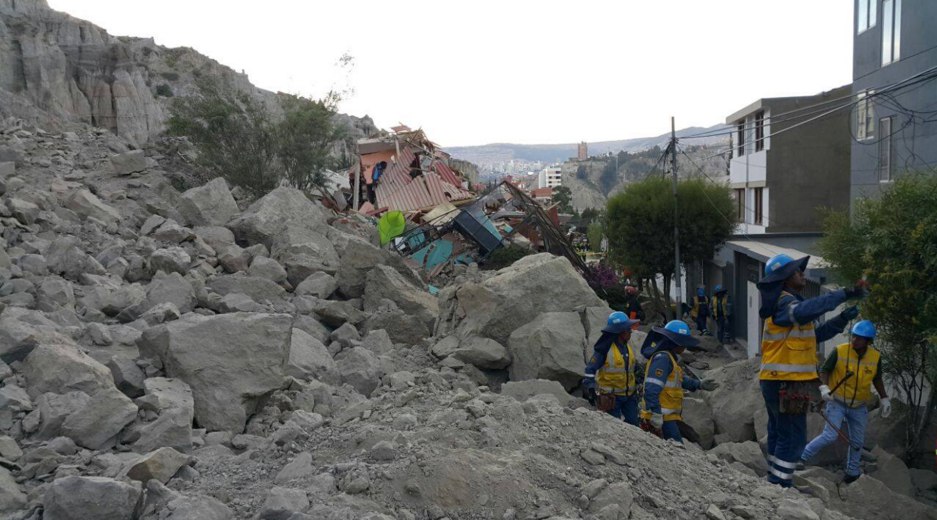 “Get out, get out, the hill is falling!” screamed doctor Alfonso Peña, after leaving his house, which finally ended up buried by the debris falling from Auquisamaña Bajo hill, in the South Zone of La Paz. 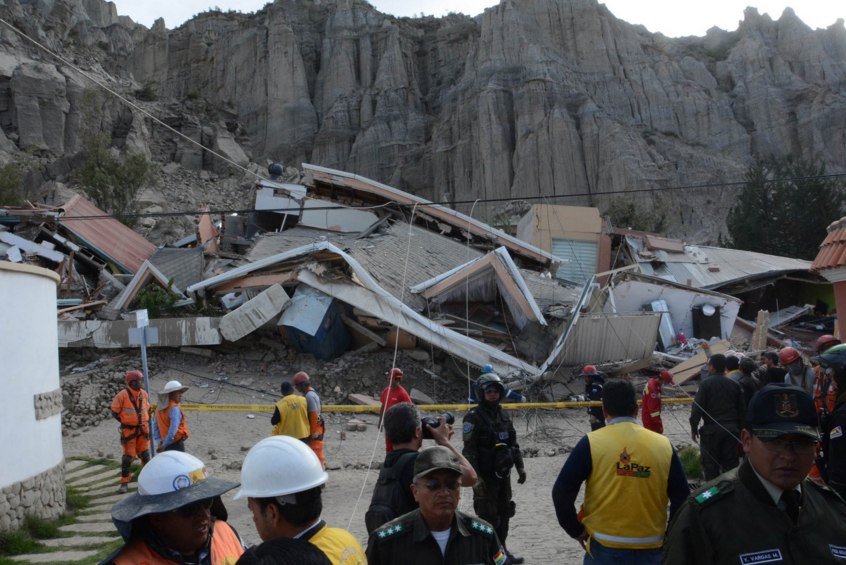 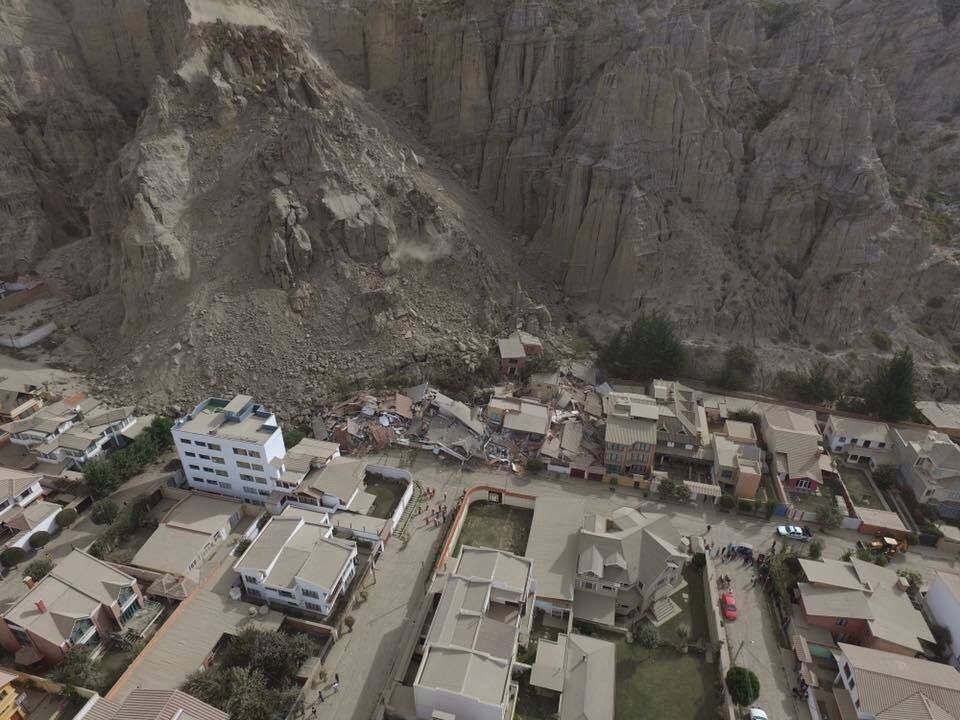 The collapse occurred at about 15:30 on Wednesday, during which at least five houses were buried.

An unknown number of people have been reported missing. But only one lightly injured was transferred with ambulance to a hospital.