he volcanic unrest continues around the world.

Within the last two days, the Manam volcano eruption has triggered evacuations in Papua New Guinea. The sudden increase in seismicity under San Miguel volcano preoccupates officials in El Salvador. Finally, the Poás Volcano has been closed indefinitely and Turrialba keeps spewing ash in Costa Rica. 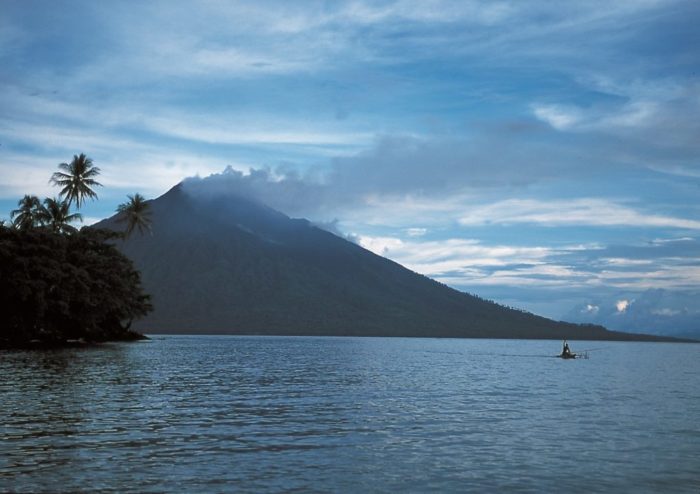 The fire was coming out of both craters, the one between Bokure village and Kaulang village, and the one between Dugulava and Warisi villages. The blasts have continued until Tuesday and the island is very dark. Every time there was a blast, the ground has shaken. The place is very dark with the smoke from the volcano. Video from 2015:

Many residents had taken refuge, with many choosing to leave the island. Manam is one of Papua New Guinea’s most active volcanoes. A pyroclastic flow from the volcano on December 3, 1996, killed 13 people in the village of Budua.

356 internal seismic vibrations have been recorded under San Miguel volcano, or Chaparrastique, between 00:20 and 00:30 UTC on April 18.

These variations are associated with the movement of magma inside the crater, and is typical for an active volcano. Given the behavior recorded in the past couple of days, the emission of gasses and/or magma from the central crater or from the flanks of the volcano can be expected. Authorities are urging the population to stay away from the volcano.

The last major eruptive phase of this volcano started on December 29, 2013, and ended in August 2014 (VEI 2). The 2013 explosion prompted the vacuation of 2600 people and sent a dense ash plume rose from the crater and eventually reached an altitude of 9.7 km (32 000 feet) above sea level. It was the first significant eruption at the volcano since 2001 (VEI 1).

Visitor access to Poás Volcano will remain closed indefinitely due to continuing gas and vapor eruptions that in some cases are hurling rocks more than a kilometer into the air.

The largest rock found so far — 2 meters across— landed about 30 meters (98 ft) from one of the tourist trails, Conejo said. The rock fell onto a water pipe and broke it.

Eruptions over the weekend formed a white plume of up to one kilometer (3,280 feet) above the crater. The two strongest eruptions occurred between 8:40 and 9 p.m. on Sunday.

Besides falling rocks, gas emissions are very strong as well and are carrying particles that can pose human health risks.

On Monday morning the plume of vapor rose about 500 meters (1,640 ft) above the volcano’s summit and was seen to be heading south of the crater.

According to seismologists, the quake was caused by an event related to local faults in the volcanic chain of Nicaragua. The San Cristobal is Nicaragua’s highest volcano, and is located in the Nicaraguan « volcanic cordillera ».

The volcanic and seismic urest continues around the world. Get prepared if you have a volcano around.