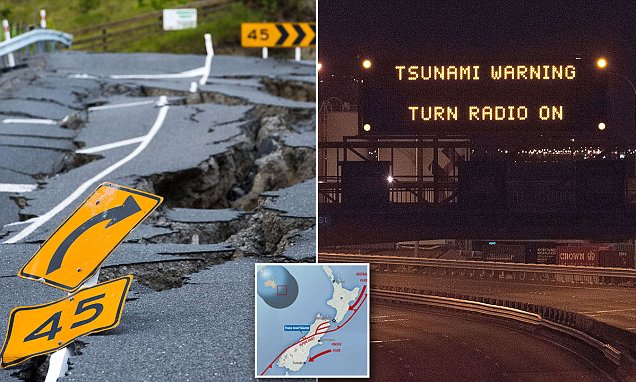 A massive earthquake fault running through New Zealand’s south is overdue for a big shake that could block highways and leave thousands cut off, according to new research. The ‘Alpine Fault’ runs about 500 kilometres up the western side of the South Island and scientists say evidence show the tectonic plate has produced a magnitude 8.1 rupture roughly every three centuries over the past 8,000 years.

The last quake of that magnitude was in 1717 and rocked the area so hard it shifted its southern side by eight metres in a few seconds.

Link: Massive 8.1 magnitude earthquake is expected to erupt in New Zealand via www.dailymail.co.uk