The oceans are not as equal as you might think. Scientists estimate that the Atlantic Ocean is actually growing wider by several centimeters every year. At the same time, the Pacific is shrinking.

This glacially slow shifting of oceans is due to the ongoing movement of Earth’s tectonic plates, as the plates underneath the Americas pull apart from those underneath Europe and Africa.

The deep, geophysical forces underpinning this epic phenomenon remain far from fully understood, but researchers may have just identified an important contributor to what’s happening.

In a new study, scientists suggest that mid-ocean ridges – mountainous formations that emerge along the seafloor in-between tectonic plates – could be more implicated in the transfer of material between the upper and lower mantle beneath Earth’s crust than we previously realised. 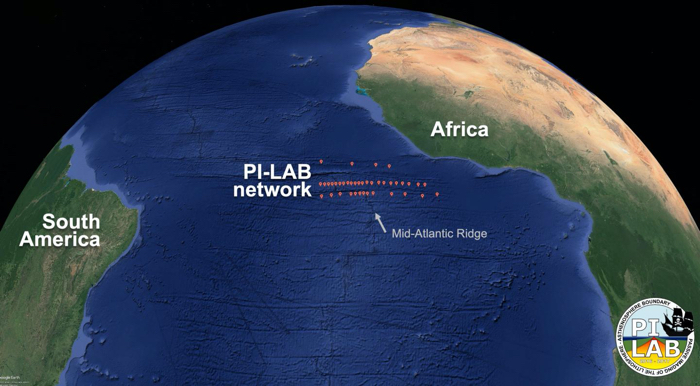 The 39 seismometer locations. (University of Southampton)

“Sinking slabs and rising plumes are generally accepted as locations of transfer, whereas mid-ocean ridges are not typically assumed to have a role,” a team led by seismologist Matthew Agius from the University of Southampton in the UK explains in a new paper.

“However, tight constraints from in situ measurements at ridges have proved to be challenging.“

To fill in the gaps in our knowledge, the researchers deployed a fleet of 39 seismometers along the bottom of the Atlantic to record seismic movements underneath the Mid-Atlantic Ridge – the ridge boundary that tectonically separates the Americas from Europe and Africa.

Seismic readings recorded in the experiment monitored the flow of material in the mantle transition zone that lies between the upper mantle and lower mantle, enabling the team to image material transfer at depths as far underground as 660 kilometres (410 miles) below the surface.

The results suggest that upwellings of chemical material are not limited to shallow depths in the Mid-Atlantic Ridge, but can emerge at the deepest reaches of the mantle’s transition zone, suggesting material from the lower mantle rising upwards.

“The observations imply material transfer from the lower to the upper mantle – either continuous or punctuated – that is linked to the Mid-Atlantic Ridge,” the researchers explain.

“Given the length and longevity of the mid-ocean ridge system, this implies that whole-mantle convection may be more prevalent than previously thought.” 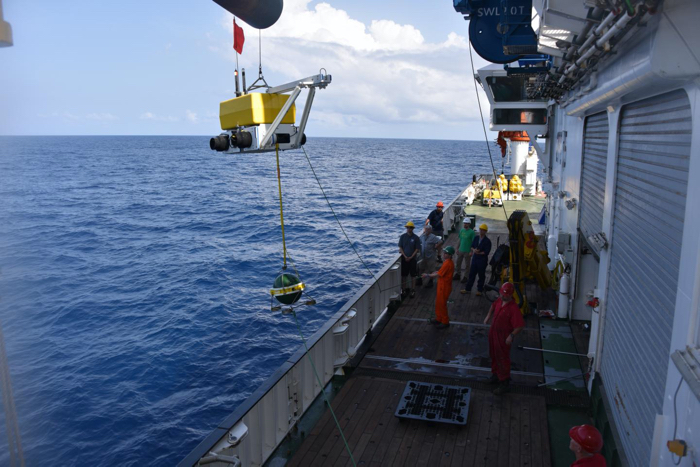 Deploying one of the seismometers. (University of Southampton)

While it was already known that mid-ocean ridges contributed to the phenomenon of seafloor spreading, the new findings show that the overall processes involved extend far deeper into the Earth than has previously been measured, and may still occur even in areas of the seafloor not marked by overt regions of plate subduction.

“[The work] refutes long held assumptions that mid-ocean ridges might play a passive role in plate tectonics,” says senior researcher and geophysicist Mike Kendall from the University of Oxford.

“It suggests that in places such as the Mid-Atlantic, forces at the ridge play an important role in driving newly-formed plates apart.“

I hope you enjoyed this post! If so, it’s now time to subscribe to our new daily newsletter right into your inbox (for free and without ads). You can also follow us on Facebook and/ or Twitter. And, by the way you can also make a donation through Paypal. We are always happy! Thank you.

This strange sky phenomena isn’t the product of a special effect – it’s real!