The most widespread drought in nine years is forecast to expand, according to the National Oceanic and Atmospheric Administration’s (NOAA) seasonal outlook. 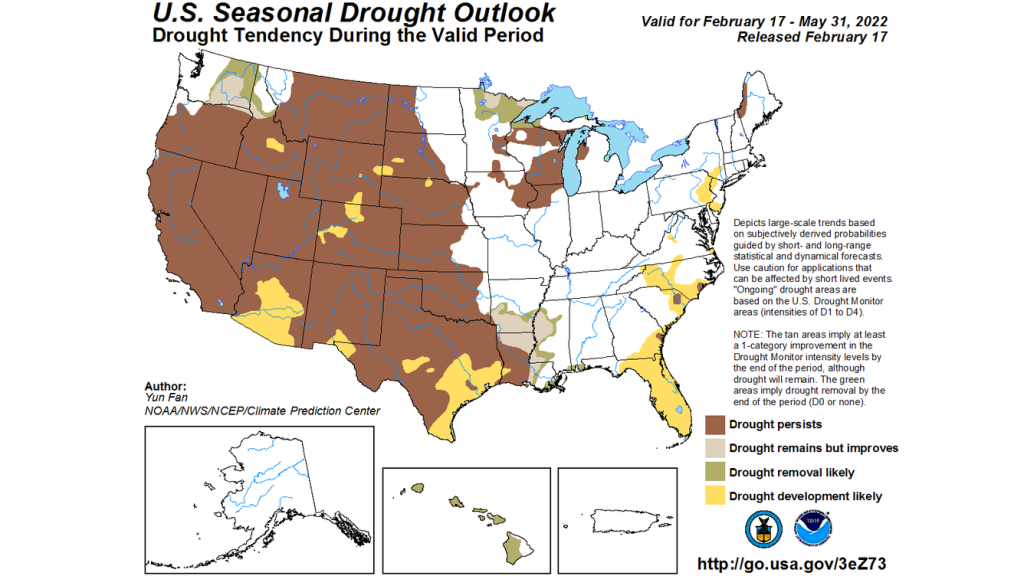 Fox Weather reported Friday that the agency expects the season to be driver-than-average from southern California and the Southwest into the central and southern Plains, as well as along the Gulf Coast to the Southeast.

The only areas predicted to have a wetter-than-average spring are portions of the Midwest, northern Rockies and the Pacific Northwest. 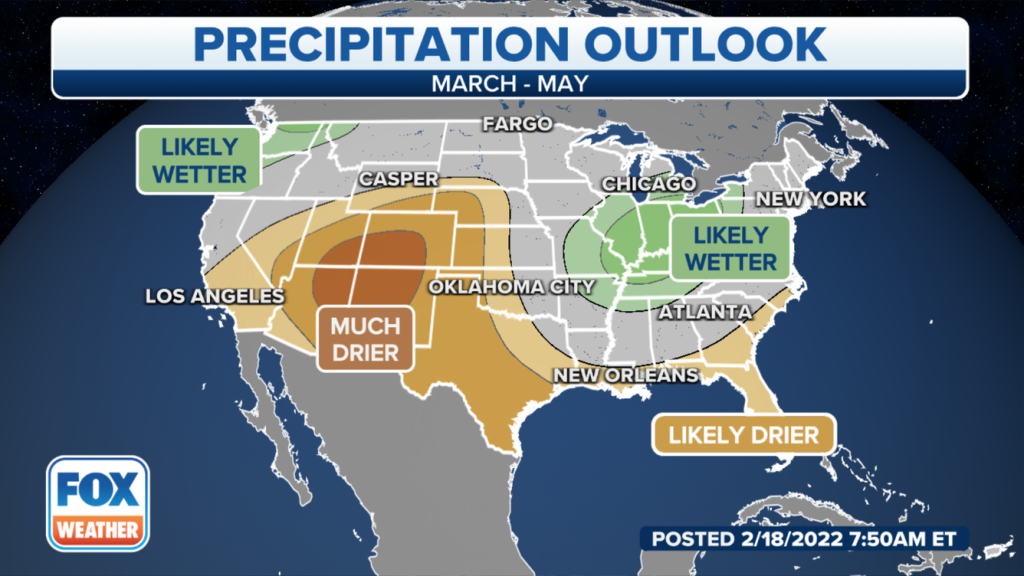 Areas of Texas that are not yet in drought are expected to develop a drought throughout the spring, with further drought development anticipated in the Florida Peninsula and Big Bend, southern and southeastern Georgia, parts of the Carolinas, New Jersey, eastern Pennsylvania and New York’s Hudson Valley.

The U.S. Drought Monitor shows 57% of the continental U.S. is Moderate, Severe or Extreme Drought. Another 16% is considered “Abnormally Dry.” 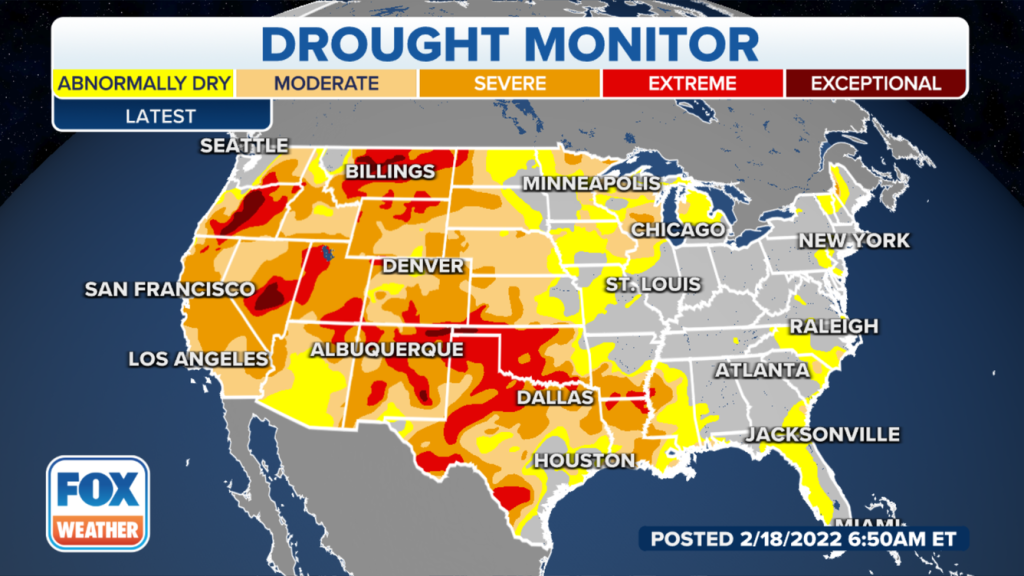 The drought will likely continue through the spring, with NOAA reporting only the interior Pacific Northwest and parts of the upper and lower Mississippi valleys are expected to see some drought improvement over the course of the next three months.

This drought has become the most widespread drought in the Lower 48 since Jan. 29, 2013, according to data from the National Drought Mitigation Center. 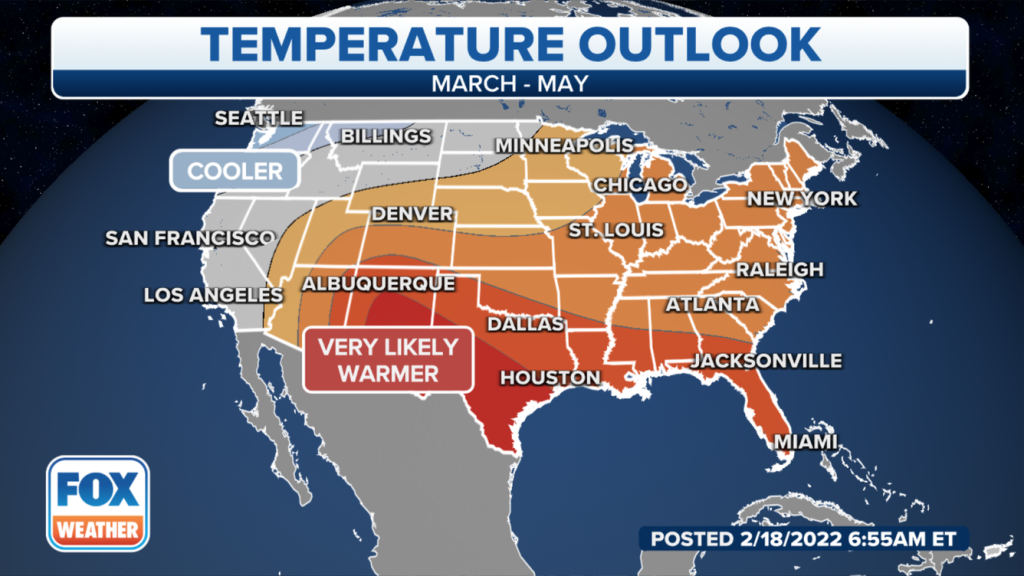 In a recent study published in the journal Nature Climate Change, scientists determined that the American West’s megadrought is now the driest in at least 1,200 years.

Scientists expanded on a study of megadroughts published in 2018, using tree-ring and weather data to reconstruct soil moisture levels through time.

The researchers said that exceptionally dry soil from last year allowed the current drought to escalate and that climate change accounts for about 42% of the lower soil moisture between 2000 and 2021 – as well as approximately 19% of soil moisture anomalies last year.

Park Williams, a climate hydrologist at UCLA said: “This is right in line with what people were thinking of in the 1900s as a worst-case scenario. But, today, I think we need to be even preparing for conditions in the future that are far worse than this.”

Williams said that the megadrought will eventually end by a few lucky rainy years –before another one starts.

There is a direct link between drought, heat and raging western wildfires. [Fox News Weather]

California power officials put out a plea: Shut it down at 4 p.m. to protect the grid

DRIED UP: Texas cities in fear of running out of water

China: Yangtze River dries up, revealing 600-year-old Buddhist statues during the most severe heatwave ever recorded in the world

Well climate scaremongers! It seems that the current megadrought is nothing compared to the YEAR_LONG unprecedented European heat and drought of 1540