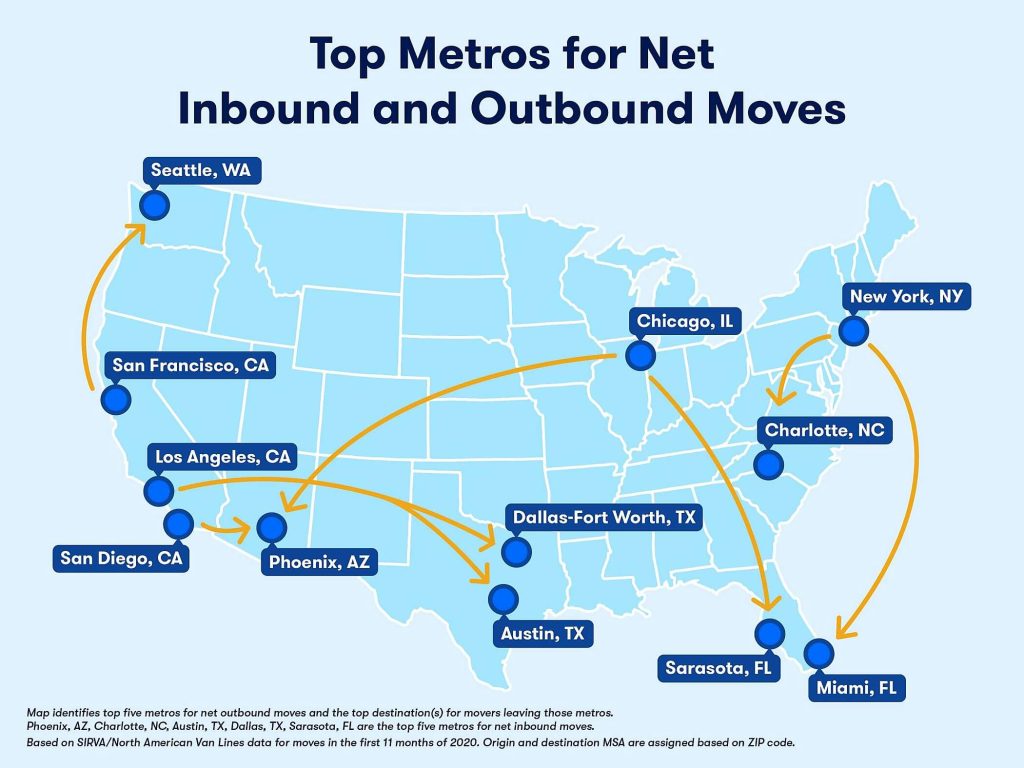 Three of the top five metros that saw sharp declines between July 1, 2020, and July 1, 2021 were in California. Leading the way was the Los Angeles-Long Beach metropolitan area, which lost 176,000 residents, a 1.3 percent drop. Next was the San Francisco-Oakland-Berkeley metro, which saw a decline of 116,000 residents (2.5 percent decline), followed by San Jose-Sunnyvale-Santa Clara, which shed some 43,000 residents (2.2 percent drop).

“We are in this new demographic era for California of very slow or maybe even negative growth,” Hans Johnson, a demographer with the Public Policy Institute of California, told the Los Angeles Times. “And it does have implications for everything in our state — from how we live our lives to which schools are getting closed down to how much capacity we might need for transportation networks, and eventually to housing.”

California metros had company, however.

When people talk about “the Great Reset,” I’m not sure this is what they had in mind. pic.twitter.com/1xv1bpKIkm

Why Many Are Leaving

The reasons people choose to migrate are complex and varied. The Times points out that many people who left California were seeking job opportunities and affordable housing, citing the skyrocketing costs of homes in the Golden State because of NIMBYism and other regulations. Other articles point out that harsh lockdowns drove many young people out of cities during the pandemic. And then there is the rise of remote work, which has allowed many workers to leave metropolitan areas without losing their job.

Jena Lords and her husband were among the 262,000 California residents who gave up on the state. She and her husband had talked about leaving Bakersfield for years before finally pulling the trigger in early 2021 for a variety of reasons.

After living for months in an RV, the couple eventually purchased a $140,000 home on a half-acre of land in Idaho, about one hour south of Idaho Falls.

“The hardest thing was leaving our friends and family — and the beach, of course,” Lords said. “It’s amazing, the difference in culture. It’s a real small-town feel.”

Voting With Your Feet

Again, the reasons people choose to migrate tend to be complex and varied, as the Lords’ story shows. However, we can see the US flight from its largest metropolitan is part of a bigger trend.

North American Van Lines (NAVL), a trucking company based in Indiana, puts out an annual report that tracks migration patterns in the United States. The states with the most inbound migration in 2021 were South Carolina, Idaho, Tennessee, North Carolina, and Florida. The leading outbound states were Illinois, California, New Jersey, Michigan, and New York.

The pattern here is clear. Americans are fleeing highly-regulated, highly taxed states. They are flocking to freer states.

“States with a lower cost of living and lower taxes continued to pull Americans from more expensive states in 2021,” the report authors state. “With a major shift toward remote work for several occupations, along with continually rising housing costs, people are rapidly moving from the coasts and Midwest to the South and Southwest.”

This is one of the great strengths of the American system. In his book, Free to Move legal scholar Ilya Somin argues that one of the reasons the United States is in crisis is that citizens can no longer keep track of all the activities governments perform, as politicians and bureaucrats serve narrow interest groups.

Unfortunately, Somin points out that changing this culture is difficult. The reality is, citizens have very little power to change government through the ballot box; the odds of a voter changing the outcome of an election with a ballot are astronomically low, even in most state and local elections. Things, however, are much different when citizens “vote with their feet.”

“When you decide what jurisdiction to live in, that’s a decision over which you have real control,” Somin pointed out. “That in turn creates strong incentives to seek out relevant information and evaluate it in an unbiased way. You wouldn’t move to a new neighborhood, let alone a new state, without knowing what it’s like.”

This is a stark contrast to the “rational ignorance” of voters.

Americans are making conscious, deliberate decisions to abandon metropolitan areas that are increasingly expensive, confiscatory, and in some cases increasingly violent, filthy, and dysfunctional.

We heard a great deal about “the Great Reset” during the pandemic. It may be that the reset is something much different than the people using that phrase had in mind.

It may be that “the reset” involves Americans abandoning high-tax, high-regulatory cities and states for freer ones. That’s a reset Americans should welcome. [fee, Census] 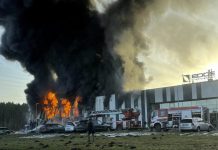 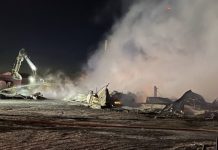