Why otherwise would Exxon Mobil decline to comment on whether its Dutch refinery in Rotterdam is using Russian crude oil (see Reuters link below)…. 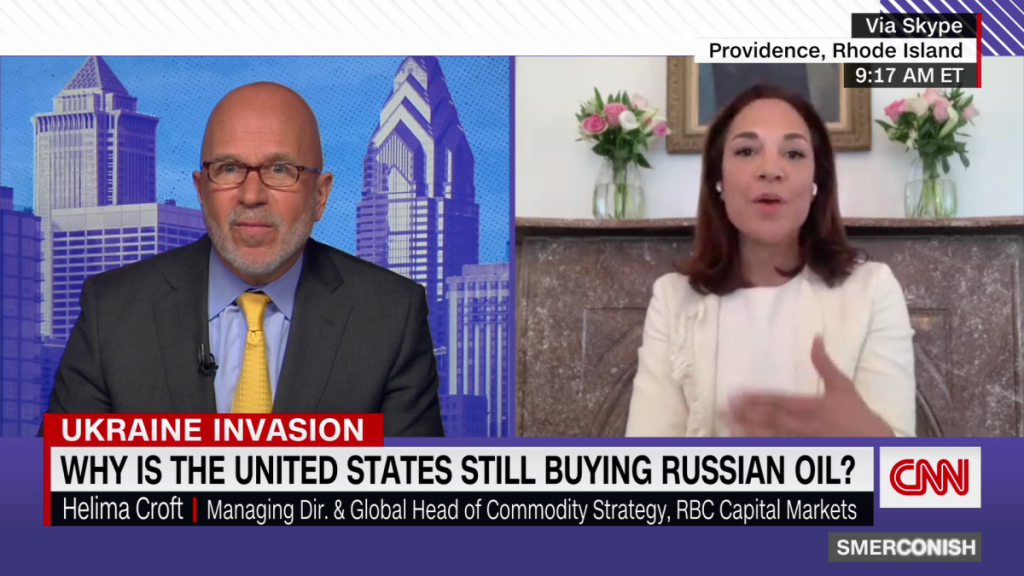 In a contrasting move to its pressuring of European allies to not buy Russian oil against the backdrop of the ongoing Ukraine crisis, the US increased crude oil supplies from Russia by 43 percent, or 100,000 barrels per day, over the past week, Russian Security Council Deputy Secretary Mikhail Popov told Russian media on Sunday, with critics pointing out that the US pursues its own interests at the costs of its European allies.

According to the Russian official, Europe should expect similar “surprises” from the US.

The US and European allies have been exploring banning imports of Russian oil since Russia-Ukraine conflict started, despite the fact that Europe relies on Russia for crude oil and natural gas.

Europe faces pressure from both the US and the UK to impose a ban on Russian oil. Britain has announced that it would phase out Russian oil imports by the end of the year.

Preparedness: Protect your home and car with the best lightning and EMP protection available

Meanwhile, US Treasury has set deadline to end deals on oil and coal imports from Russia until April 22.

Cui Heng, an assistant research fellow from the Center for Russian Studies of East China Normal University, told the Global Times that the US policy toward Russia is centered on two aspects – one being liberalism to counter Russia’s political system and collective ideology and the other being pragmatism to serve US national interests.

“Out of the need to ideologically confront Russia, the US woos allies to sanction Russia, while out of the need of reality, the US buys Russian energy at a cheaper price and sells them to Europe at a higher price to serve the interests of domestic oil interest groups. In the end, Europe becomes the victim – European wealth flows to the US and helps consolidate the dollar’s advantage against euro,” Cui said.

US liquefied natural gas exports rose nearly 16 percent last month to a record high, according to preliminary Refinitiv data, with shipments to Europe continuing to dominate.

Preparedness: Use this filter to drink clean water at home!

US LNG is in high demand as European countries try to cut gas imports from Russia after its military operation in Ukraine, while also looking to rebuild diminishing inventories.

Local media reported that Europe has been the top importer of US LNG for four consecutive months, taking about 65 percent of US exports.

In a joint agreement, the US announced on March 25 to provide at least 15 billion cubic meters more of liquefied natural gas to Europe this year, seeking to end the bloc’s dependence on Russian energy exports. These additional volumes of LNG are expected to increase going forward, the White House said in a statement.

Mick Wallace, a member of the European Parliament, tweeted a video of his parliamentary speech, saying that Europe should indeed wean itself off its dependence on Russian energy, but must not replace it with “filthy fracked Gas” of the US, which has invaded other countries more than any other country in the world, according to media reports.

Preparedness: Get a satellite phone to communicate with your loved ones when internet and phones are down…

Analysts said the biggest beneficiary from Russia-Ukraine crisis and ban on Russian oil is the US while some netizens mocked the US move as ensnaring its European allies.

“I believe the target of the US [in sanctioning Russia] is not Russia at all, but European countries,” commented one Chinese netizen.

By buying oil from Russia and reselling it to Europe, the US can make a profit. At least all the Swiss traders do… By the way, it would be interesting to know if any Americans or US companies have shares in Russian oil companies. I bet you many big US corps and banks are shareholders of Russian companies… [Global Times, ANI, Reuters, NZZ]