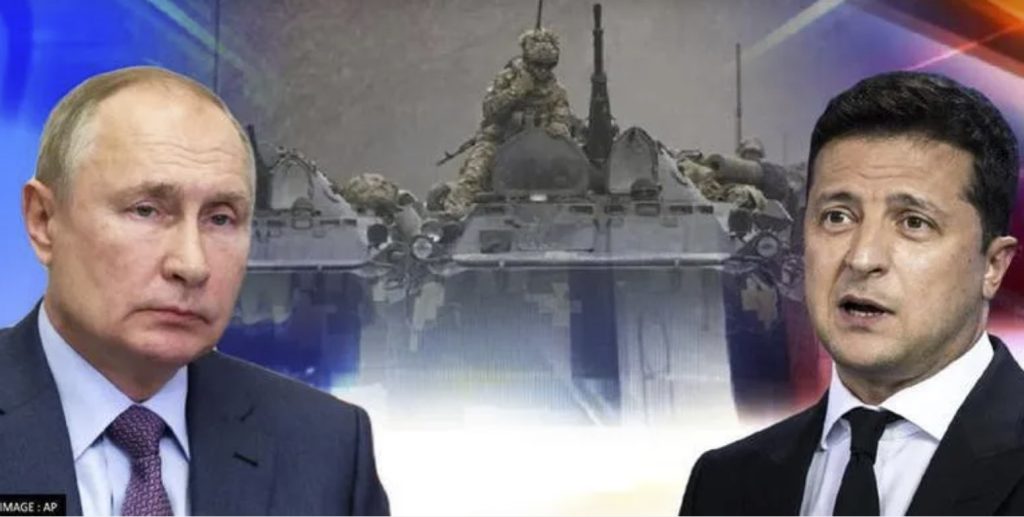 German chancellor Olaf Scholz had offered Volodymyr Zelensky a chance for peace just days before the launch of the Russian military offensive, but the Ukrainian president turned it down, the Wall Street Journal has reported.

Scholz had made what the US outlet described as “one last push for a settlement between Moscow and Kiev” less than a week before the Russian forces were sent into Ukraine on February 24.

The chancellor told Zelensky in Munich on February 19:

“that Ukraine should renounce its NATO aspirations and declare neutrality as part of a wider European security deal between the West and Russia.

“The pact would be signed by Mr. Putin and Mr. Biden, who would jointly guarantee Ukraine’s security.”

However, Zelensky rejected the offer to make the concession and avoid confrontation, saying that

“[Russia’s President Vladimir] Putin couldn’t be trusted to uphold such an agreement and that most Ukrainians wanted to join NATO.”

“His answer left German officials worried that the chances of peace were fading,” the report points out.

Scholz and Zelensky did meet on that day on the sidelines of the Munich Security Conference, at which each delivered an address.

Russia attacked its neighbor in late February, following Ukraine’s failure to implement the terms of the Minsk agreements signed in 2014, and Russia’s eventual recognition of the Donbass republics in Donetsk and Lugansk.

The German and French brokered protocols had been designed to regularize the status of those regions within the Ukrainian state.

Russia has now demanded that Ukraine officially declare itself a neutral country that will never join the US-led NATO military bloc. Kiev insists the Russian offensive was completely unprovoked and has denied claims it was planning to retake the rebel regions by force.

Zelensky, thinking Germany is making a mistake, launched an attack at Olaf Scholz’s government. He told the Economist magazine:

“Germany ‘is making a mistake today’ as it tries to take a balanced approach due to their deeper economic ties with Moscow. They, Germany, are trying to be balanced. They have a long relationship with Russia and they are looking at the situation through the prism of the economy.

“They help out at times, and are looking at how the situation affects their own country. They can help, if there is pressure on them domestically to do so, and they can stop when they see what they have done is sufficient. Germany is more pragmatic which can really help.

“It’s not always about us, what we need and what the world needs.

“I think Germans are making a mistake today. I think they make mistakes often. I think the legacy of Germany’s relations with Russia shows this.”

Well sorry Ukrainians! This new light on your war just highlights how your ‘hero’ president is just a freaking hypocrit and don’t care about your lives. Zelensky just wanted this conflict, no matter how many of you, civilians, would die. In the light of this article, he is kind of responsible for what you call ‘the genocide of Ukrainian people’… I would put him down, right now!

Now, the question to answer is why? Did the US asked him to do so to destabilize Europe and NATO? Did the US want to coverup their biolabs and anything related to Hunter Biden? Something is fishy here! [WSJ, Express]