One thing you can be sure of is that this is not the only bank that is going to go bankrupt in the next few months… Beware! The economic and finncial collapse is just beginning!

An Australian digital bank has collapsed, leaving 140 employees without a job and 6,000 customers racing to withdraw their money before next week.

Volt Bank announced on Wednesday it was closing its deposit taking business and will return its banking licence after it couldn’t raise enough funds to stay afloat.

‘Volt has made the difficult decision to close its deposit taking business and has commenced the process of returning all deposits to its account holders,‘ the neobank’s website said.

‘Customers need to transfer the balances held in all Volt accounts to a nominated bank account with another financial institution before the 5th of July 2022.‘

The bank was launched in 2017 with Volt chief executive Steve Weston saying the closure of the company was an ‘incredibly sad day’.

‘We’ve built something as a team that Australia really needs to bring banking competition to the market. We’ve got technology and capability that simply doesn’t exist in Australia today,‘ he said.

‘But for us to take that to a public launch, we need petrol in the car and by petrol we need capital. And in the current market, being able to raise the amount of capital that we needed to be able to scale up was a task that we couldn’t accomplish.‘

Transfer limits for customers have been increased to $250,000 with members told to stop using their accounts immediately. Volt has more than $100million in deposits.

Mr Weston said as a bank, his business needed a lot more capital than others, and that was a challenge ‘we were unable to overcome’.

Volt had been seeking to raise $200million in investor funding through a Series F round launched in February.

But as worldwide economies stalled this year, the investors it had lined up began backing out citing uncertain financial markets.

‘If you want to be a bank and you want to scale up, you are going to need a lot of capital, and if you don’t [raise it], you are not going to be able to grow… We just couldn’t raise the level of capital we needed to,‘ Mr Weston told the AFR.

Customer deposits of up to $250,000 are protected under the federal Financial Claims Scheme – but Volt hopes to be able to return all deposits in full so the scheme will not be triggered.

The Australian Prudential Regulation Authority (APRA) is monitoring Volt customer accounts to ‘ensure funds are returned in and orderly and timely manner’.

The company was granted its banking licence in 2019, the first start-up in Australia to be granted one.

The collapse is the second of a high-profile neobank, following Xinja whose banking businesses folded in December 2020.

In that case, Xinja started paying interest on deposits before earning capital from lending.

All deposits were successfully returned to account holders and Xinja reverted its business model to financial tech.

Other neobanks have fared better with the oddly named 86 400 being purchased by NAB for $220million in 2021.

Financial rules were loosened to allow new banking entrants to enter the Australian market after the 2018 government inquiry into misconduct in the banking industry.

Of the first wave of four digital banks to be approved, there is now only Judo which remains a privately held operating company, which has about $5billion in mortgages according to government data.

Customers of the neobank have been urged to transfer their funds by July 5.

Volt has made the difficult decision to close its deposit taking business and has commenced the process of returning all deposits to its account holders.

Customers need to transfer the balances held in all Volt accounts to a nominated bank account with another financial institution before the 5th of July 2022.

It is recommended that all customers stop using their accounts immediately. If your account is a Term Deposit, there will be no break costs in relation to the early closure of your account.

Volt will start closing accounts from the 5th of July 2022 so please ensure you have withdrawn all your funds to leave a balance of $0 in all accounts before then.

You do not need to contact us to close your account. Volt will close your accounts once all money has been transferred out. We will not close accounts while there are funds in your Volt account. Once the funds are transferred out we will issue you, via email, a final closed account statement which will provide you with a record of interest paid this financial year, for your tax records.

Your accounts are still operational, and Volt will continue to provide service to you as you transition your banking arrangements.

Volt is doing everything possible to return the deposits in an orderly and timely manner. The Australian Prudential Regulation Authority (APRA) is closely monitoring this process. In addition to this, deposits are protected under the Australian Government Financial Claims Scheme which guarantees deposits up to $250,000 per account holder.

‘Neobanks’ or ‘Challenger banks’ are online only services that have no brick-and-mortar shopfronts.

The first began appearing after the Global Financial Crises of 2008.
Rules were loosened in Australia to allow them after the 2018 government inquiry into conduct in the banking sector.

The digital banks are often founded on innovative technology or business models. Volt, Xinja, 86 400 and Judo were the first wave of the new banks licensed in Australia.

Xinja and now Volt have collapsed and 86 400 was sold to NAB. Only Judo remains operating as a private company with about $5.5 billion in mortgages.

If I were you I would put my money in banks which have a long history. Beware of these new ‘banks’… You may lose all of your hard-earned money… [DM] 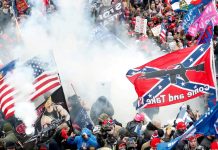 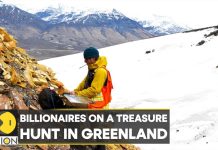 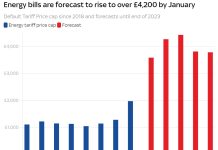 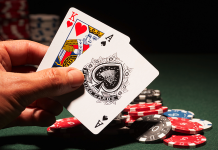 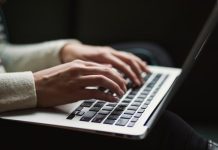 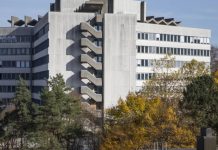 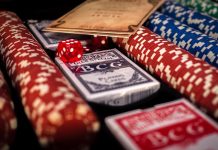 Why Do Many Pro Gamblers Enjoy American Roulette?