The “Severodvinsk” sailed Danish waters Tuesday morning en route from the Kola Peninsula to St. Petersburg where the submarine will be on display at the Naval Parade.

With the “Severodvinsk”, the Kremlin has moved one of its most modern and dangerous submarines to the Baltic Sea. The 140 meter long ship belongs to the Russian Northern Fleet and has the most modern armament, including cruise missiles of the Kalibr type.

Moreover, in October 2021, the Yasen-class submarine has successfully test-fired a Tsirkon-type hypersonic missile for the first time in the Barents Sea.

It is currently unclear whether the sub is armed with the Tsirkon as it now sails into the Baltic Sea, the first-time voyage in the area for Russia’s 4th generation multi-purpose nuclear-powered submarines of the Yasen class.

The passage of the “Severodvinsk” through the Fehmarnbelt has been confirmed by the Danish Navy. It is escorted by two other vessels: the navy’s tug “Pamir” and landing ship “Ivan Gren.”

Apparently, it is supposed to take part in the “Day of the Navy” in St. Petersburg at the end of the month. As the”Kiel News”write, (trx)

Spokesperson of the Norwegian Joint Headquarters, Major Elisabeth Eikeland, did not comment on whether the submarine sailed submerged or surfaced along the coast of Norway. According to TASS it is the Russian submarine is moving in its surface position.

In previous years, nuclear-powered submarines sailing inter-fleet transfer en route from the Northern Fleet to the Naval Parade in St. Petersburg have sailed surfaced all along the coast of Norway, likely because the vessels have not been prepared for combat readiness.

As reported by german news agencies, the relocation of the submarine is a clear signal to NATO. “It’s the unit of the Russian Navy that’s giving NATO the biggest headache right now. The armament consists of long-range missiles that can attack almost all NATO supply ports in northern Europe at once,” said Johannes Peters, head of the maritime strategy and security department at the Institute for Security Policy at the University of Kiel.

The sub is expected to follow the same route in the opposite direction after Russia’s Navy Day (July 31, 2022).

The “Severodvinsk” (K-560) was commissioned in 2013 as the lead vessel of the new Yasen class. The 139-meter long vessel is powered by one nuclear reactor and has Zapadnaya Litsa as its home base.

Russia’s Navy Day is celebrated annually on the last Sunday in July; this year on July 31, 2022. [Barents Observer, TASS] 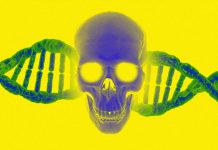 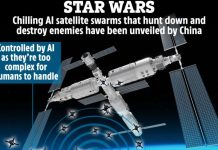 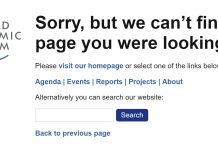 Hilarious! It looks like the World Economic Forum deleted their 2018 article about how ESG will make Sri Lanka rich by 2025 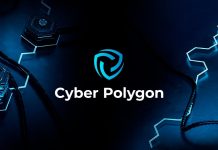 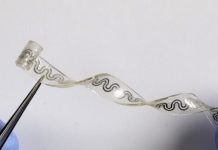 They want to change us into pain-free human robots! Dissolving implant relieves pain without drugs 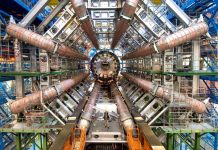 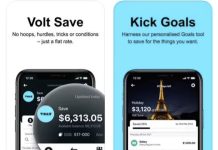