The US is about to reach one of its main goal: destabilizing and fragilizing Europe. And again the Balkans are about to blast!

Amid the fresh round of sanctions imposed by the European Union, the partner nations are trudging their own line. Reportedly, Hungary and EU hopeful Serbia are planning to construct a pipeline between the two countries so that Russian oil from the southern Druzhba pipeline, also called the Friendship pipeline can be supplied to Serbia via Hungary.

Hungarian government spokesman Zoltan Kovacs took to Twitter to make the announcement and cited the new sanctions imposed as one of the main reasons that necessitated the new arrangement.

“@avucic and PM Orbán have agreed to build an oil pipeline to Hungary. The new oil pipeline would enable Serbia to be supplied with cheaper Urals crude oil, connecting to the Friendship oil pipeline,” tweeted Kovacs

“At present, the country’s oil supply is largely via a pipeline through Croatia, but this is unlikely to be possible in the future because of the sanctions that have been adopted,” he added.

2/2 At present, the country’s oil supply is largely via a pipeline through Croatia, but this is unlikely to be possible in the future because of the sanctions that have been adopted.

Hungary has been one of the few voices within the EU that has been against energy sanctions as the country remains heavily reliant on Russian oil.

Ahead of the EU imposing the eighth round of sanctions earlier this month, Hungary’s Prime Minister’s Office, in a statement said it cannot support them.

“Hungary has done a lot already to maintain European unity but if there are energy sanctions in the package, then we cannot and will not support it,” said the office.

Today, Amazon’s Prime Early Access Day has started. To enjoy the amazing deals, you have to be a Prime Member. Sign up for Prime 30-day Free Trial by clicking on this link and then enjoy amazing deals…

Reportedly, the Druzhba pipeline had remained halted since August 4 and Hungary had lodged strong protests even then.

European countries have tried to present a united front against Russia, however, whenever the situation has turned a little pear-shaped, they have backtracked.

Had a meeting today with the representatives of German companies active in Hungary. I assured them that they can count on our support. We may have disagreements from time to time, but not as many as they have with their own government back home. pic.twitter.com/7zpDYsAK5w

The war has been going on for months and yet the European continent has only been able to reduce its combined gas dependency on Russia by a tiny five per cent. Last year, Russia provided a whopping 40 per cent of Europe’s total consumption of natural gas. [WION] 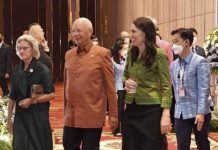