Why is Klaus Schwab at the G20 Summit in Bali, Indonesia? Why is Bill Gates attending G20? Why are those two ennemies of the people participants on the same level as leaders of sovereign countries? Klaus Schwab: “The World Will Look Differently After We Have Gone Through This Transition…”

Why are Klaus Schwab (and Bill Gates) at the G20 Summit? Why are they participants on the same level as leaders of sovereign countries? pic.twitter.com/eGzTsHnwmr

This is not the first time that Bill Gates has intervened at the G20: he was already present in 2011.

But yesterday, he was accompanied by another prominent guest, the even more globalist Klaus Schwab.

Here is his speech:

What does this man who speaks as an equal to the heads of state of the most powerful countries in the world want? His book is eloquent. Released in 2021, COVID-19: The Great Reset follows The Fourth Industrial Revolution. It is aimed at “those who seek to better understand how the world has evolved since the start of the pandemic and what solutions can make us more resilient, equitable and sustainable.”

To my knowledge, The great reset means putting the world on hold and starting over with something else. There is a key phrase in this book: “The pandemic must be a window of opportunity.”

To do what? Well, to change society and to digitize it. The apostles of globalization represented by Schwab want a world freed from its borders but intrusive in the individual sphere.

The ideology of the Davos elite is to defeat nations, people and democracies to leave the field open to markets, to the great finance and mandatory multiculturalism. Its recipes are well known and comprise among others:

So why were Bill Gates and Klaus Schwab at the G20? Because they are the leaders of a new club that is ruling the world… and want some more powerful subscribers… Yes, it’s a big club and you ain’t in it… That’s why… 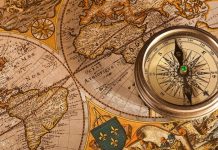