The avalanche hit a camp at 7,000 meters (22,960 feet) early in sunday morning (23.09.2012) as the climbers were preparing to head toward the summit of Mount Manaslu in northern Nepal, which is 8,156 meters (26,760 feet) high. This avalanche caught about two dozen climbers in a camp high on a Himalayan peak at the start of Nepal’s autumn climbing season, killing 11 and leaving 38 missing. The cause of Sunday’s avalanche was not immediately determined. 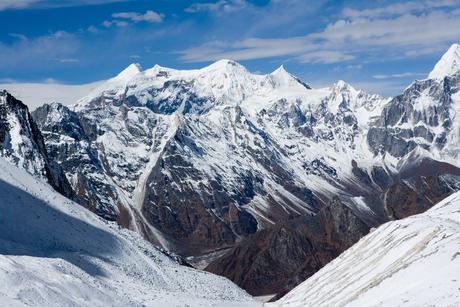 Nepal’s autumn mountaineering season is less popular than the spring season since it comes right after the end of the monsoon rains, which make weather conditions unpredictable.

It seems that global change may deteriorate climbing conditions and increase accident risks. The peaks are indeed covered with less ice and snow, making it harder for climbers to use ice axes and crampons to get a grip on the slopes. Moreover, loose snow increases the risk of avalanches. Another problem is the mountain being overcrowded with climbers and commercial expeditions trying to make a lot of money.

LOOK AT THE VIDEO HERE

So be careful when making such a treck, understand the risks and dangers associated with backcountry travel and be able to spot avalanche terrain and dangerous snowpack.

Have a thought for the families of this people today!