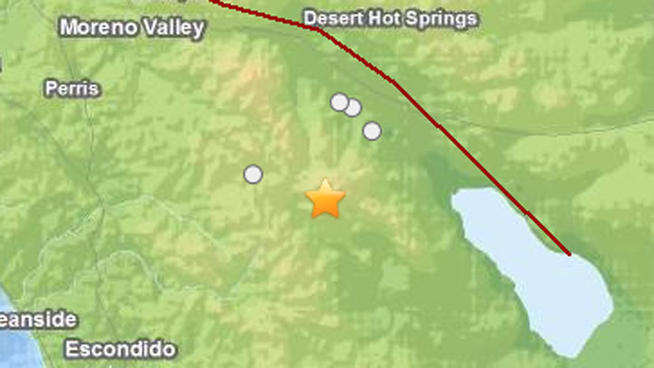 4.7 Quake Reported in Anza, California near Los Angeles. It happened along the San Jacinto fault between the San Andreas and the Elsinore faults which are well-known for big earthquakes. There is always a slight chance that this could be the foreshock of something larger. Probably not. Usually this is just an event all by itself. By the way: Residents were urged to prepare for a number of disaster scenarios, including how to cope for being at least two weeks on their own. Is something big going to happen? In any cases, be ready!

The quake was the first of several that popped up at the same time Monday on the U.S. Geological Survey website. It was originally reported as a 5.2 magnitude quake but was then downgraded. The epicenter for the 9:56 a.m. quake was 12 miles east of Anza and 16 miles southwest of Palm Desert. – NBC San Diego