Loud booms seem to happen in “spurts” and travel in a direction throughout the country. Well, Texas got a wave of these odd sky sounds on the nights of March 8th, 9th, 10th, and 12th. Now it is starting in South Carolina. Here is the timeline:

A couple of Greenville County report being terrified after experiencing a “loud and continuous sound” that seemed to move toward them from a distance about 9:44 p.m. on March 12, 2013. The weird sound started off sounding like rapid shot gun fire in the distance and then continued and got louder and louder and turned into a popping rumblings jet and thunder type noise. It continued on and was so loud that it was alarming. – Examiner

Boom South of Georgetown, Texas, north of Round rock and Austin – God Like Production

Just had another loud boom in Waxahachie, Tx. It was exactly like the one we heard Friday night at about 9:00 pm. This on was not as intense as the one Friday and didn’t have the same concussion but it was still very loud. We have no idea what this could be. It is sure a very good way to get to know your neighbors and bring them all together though. 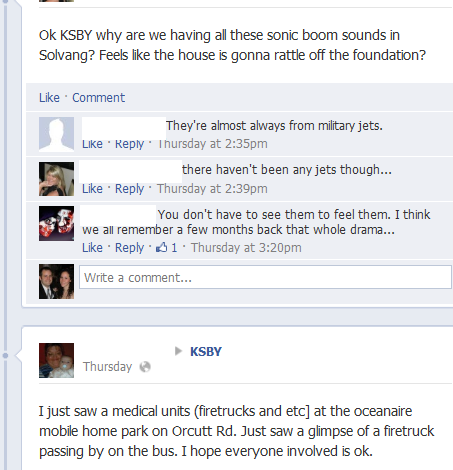