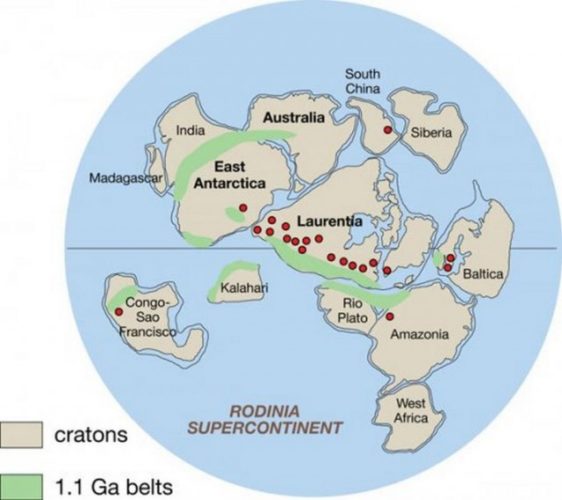 Scientists think they have spotted the remains of an ancient micro-continent known as Mauritia, torned apart between 50 and 100 million years ago.

In the above map of supercontinent Rodinia you can see the ancient locations of the continents. Mauritia is between what is now India and Madagascar. 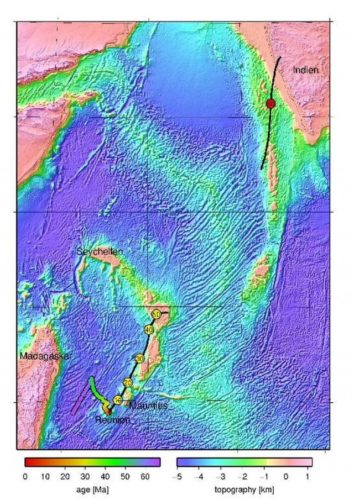 The coloured track (left colour scale) west of Reunion is the calculated movement of the Reunion hotspot. The black lines with yellow circles and the red circle indicate the corresponding calculated track on the African plate and the Indian plate, respectively. The numbers in the circles are ages in millions of years. The areas with topography just below the sea surface are now regarded as continental fragments.

In the letter to Nature, scientists write:

“On the basis of reinterpretation of marine geophysical data4, we propose that Mauritia was separated from Madagascar and fragmented into a ribbon-like configuration by a series of mid-ocean ridge jumps during the opening of the Mascarene ocean basin between 83.5 and 61 million years ago. We suggest that the plume-related magmatic deposits have since covered Mauritia and potentially other continental fragments.”