The process that creates sinkholes is something that is ongoing. The process involves limestone being dissolved by rainwater, which is acidic. It trickles down into the cracks, and over time, enlarges them, allowing more water to dissolve more rock. The problem with sinkholes is they might be developing underground for years and nobody knows they’re there. We really don’t know where they are sometimes. Sinkholes are protected because they are a direct conduit to groundwater sources, so people are encouraged not to dump things in sinkholes. 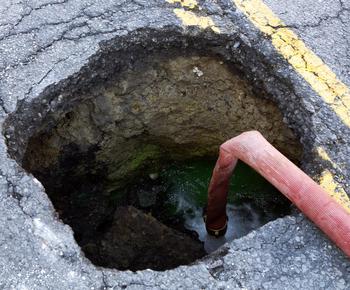 A woman reported being injured Saturday when her car became stuck in a sinkhole in Dorchester. The department said officers received a call around 2:30 p.m. for a car accident near 570 Washington St., where a vehicle was stuck in a hole about three feet wide and three feet deep. The driver is suffering from neck and back pain. Road was closed few hours to enable public work to fill in the sinkhole. – Boston Herald

Five months before the earth opened and swallowed his home, Buddy Wicker welcomed inspectors sent by State Farm Insurance to his house, who surveyed the property and deemed it free of any sinkhole risk. More than a week ago, a 20-foot-wide sinkhole yawned under Wicker’s Seffner home, killing one of its residents, and sucking down a bedroom. The entire home was later demolished. – Florida Today 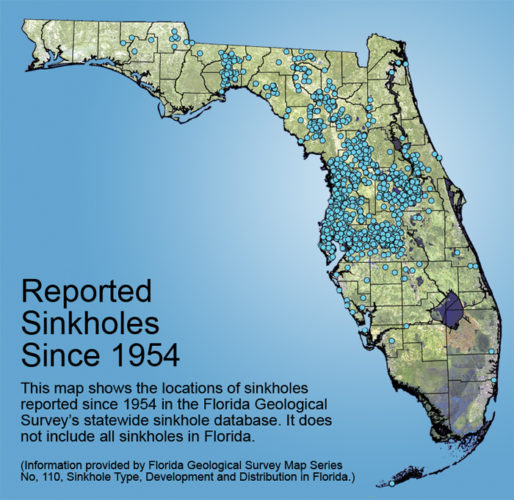 A map compiled by the Geological Survey of Alabama reveals that much of north Alabama is dotted with sinkholes. The area is known for its “karst topography,” which occurs when easily soluble limestone dissolves to form sinkholes, caves and underground streams. 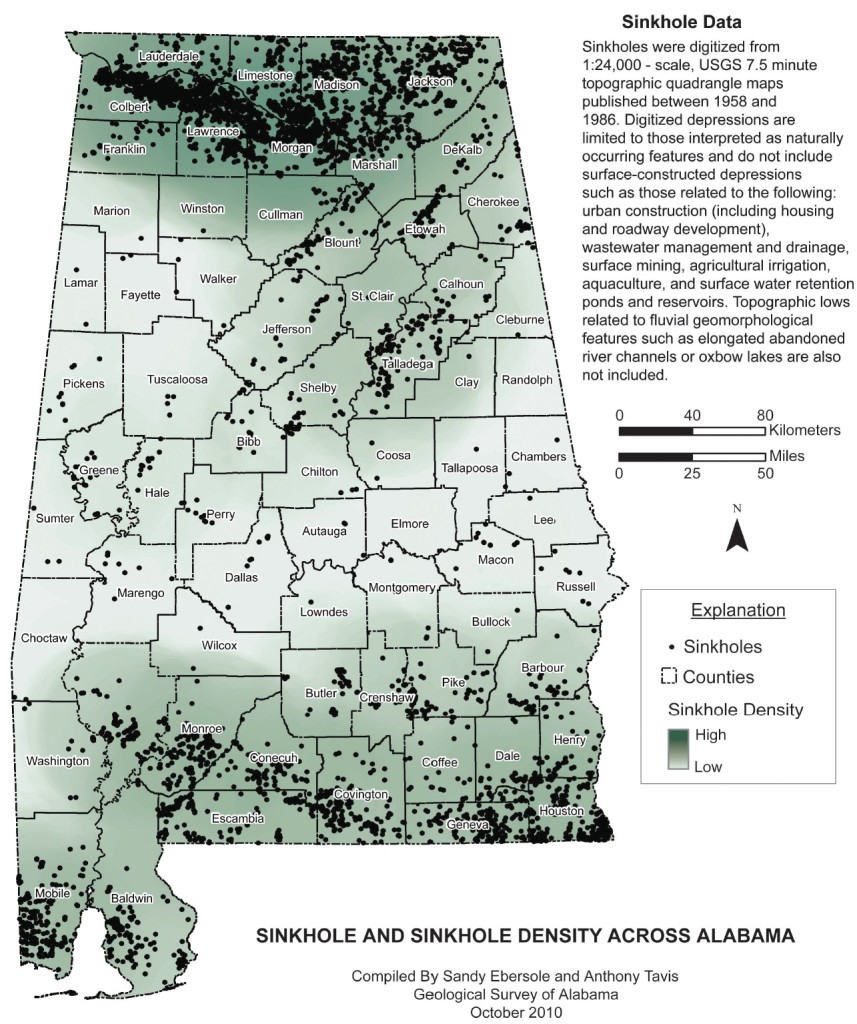 In 1972, one of the largest sinkholes in U.S. history opened in Shelby County. Dubbed the “Golly Hole,” it measured more than 300 feet across. – Times Daily