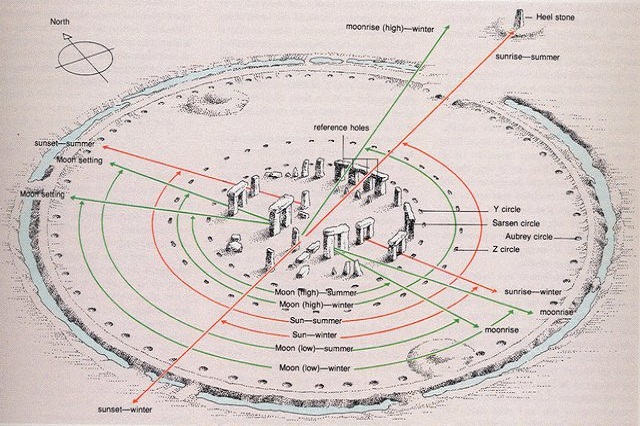 British researchers have proposed a new theory for the origins of Stonehenge: It may have started as a giant burial ground for elite families (king family) around 3,000 B.C. New studies of cremated human remains excavated from the site suggest that about 500 years before the Stonehenge we know today was built, a larger stone circle was erected at the same site as a community graveyard.

Researchers studied the cremated bones of 63 individuals, and believed that they were buried around 3,000 B.C. The location of many of the cremated bodies was originally marked by bluestones. That earlier circular enclosure, which measured around 300 feet (91 meters) across, could have been the burial ground for about 200 more people, Parker Pearson said.

So what about the second stonehenge, the monument still standing in the countryside in southern England today?

The latest study suggested that Stonehenge should be seen less a temple of worship than a kind of building project that served to unite people from across Britain. Analysis of the remains of a Neolithic settlement near the monument indicated that thousands of people traveled from as far as Scotland to the site, bringing their livestock and families for huge feasts and celebrations during the winter and summer solstices. The animals were mostly slaughtered around nine months or 15 months after their spring births. That meant they were likely eaten in feasts during the midwinter and midsummer. – IB Times