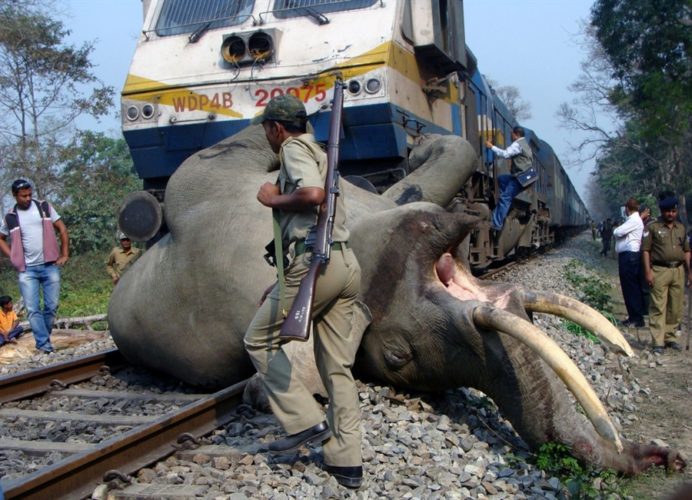 Although speed restrictions have been put in place on trains traversing so-called elephant corridors, this elephant was killed by a train in Alipurduar (Buxa Tiger Reserve), Northeastern India on March 5 2013, an area generally used by elephants during their migration between India and Bhutan. More than 49 elephants may have been killed on train tracks since 2010. India is considering the construction of ramps and underpasses to allow elephant and other animal species to cross tracks safely.