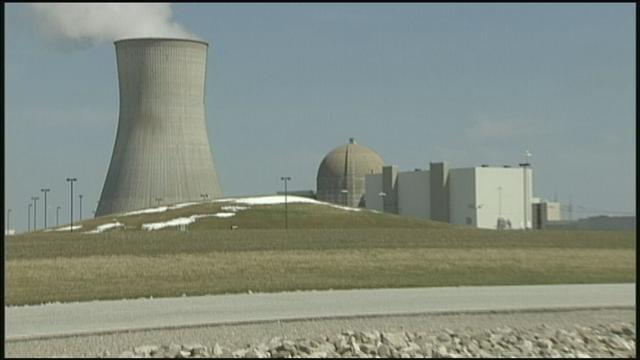 FULTON, Mo. (AP) – Three employees have been injured during an accident at Callaway Energy Center, Missouri shortly after 5 p.m.. The accident occurred in the switch yard area. However nobody knows exactly what happened. The St. Louis-based power company said that the incident did not affect the operations of the nuclear plant, which it said continues to function safely. Ameren said it was not providing details about the status of the injured workers out of respect for their privacy. The Callaway County nuclear facility is located about 25 miles northeast of the capital of Jefferson City. KSDK 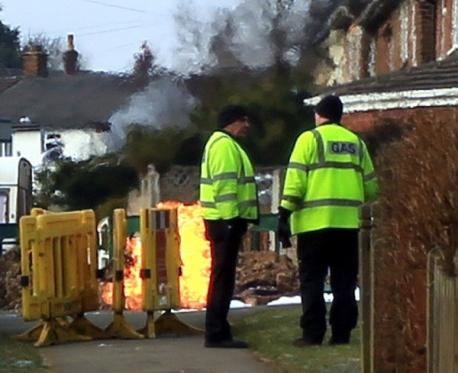 An explosion rocked an estate in Keighley in the early hours of yesterday. Residents told of their fear after they were awoken at about 4.50am by a loud bang and a series of hissing noises. A fire had broken out in some roadworks on Bracken Bank Grove, sparked by a gas leak just under the road surface. Locals, who were without electric and gas as a result of the fire, told how the flames reached about 15 feet high and destroyed plastic fences surrounding the roadworks. There were lots of blue sparks flying everywhere. Firefighters confirmed they were called to a blaze in some roadworks and then discovered a major gas leak. Crews from Keighley and Haworth fire stations were called to the scene at 4.50am and found the leak. Utility companies secured the gas and electricity supply to help make the area safe. Keighley News

China coal mine explosion and massive landslide in Tibet 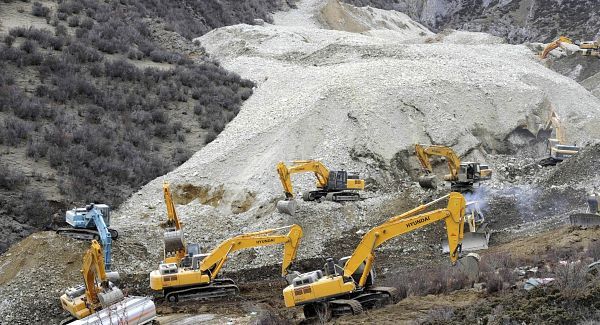 BEIJING — An explosion killed six workers at a coal mine in northeast China where 28 miners were killed in a similar accident just three days earlier. The explosion at the mine outside the city of Baishan in Jilin province left 11 other miners missing. The cause of the most recent accident is under investigation and it isn’t clear why work has restarted at the mine so soon after last week’s deadly blast.

Further south, an explosion at the Xinyu Group Iron Works smashed its 100-ton No. 2 furnace, killing four people and leaving 32 injured today. It said the injured were transported to a hospital but gave no word on the cause of the accident. Local government officials declined to comment, and all refused to give their names.

Meanwhile, workers today had recovered 36 bodies from the site of a massive landslide outside Tibet’s capital, Lhasa, that buried 83 copper miners on Friday. Just one worker survived the disaster at the Jiama Copper Polymetallic Mine, having left the site earlier to purchase tents in the city. The miners were mostly impoverished farmers from the southern province of Guizhou recruited to work in the frigid conditions at 4,600 meters (15,100 feet) above sea level. The sudden collapse of the surrounding hillside left a layer of rocks and soil over the miners 30 meters (98 feet) deep in places. – Toledo Blade

1 hurt in mysterious pipeline explosion at Marathon facility near Martinsville

MARTINSVILLE — At 9:32 a.m., an explosion and active fire was reported at the Marathon Pipeline facility west of Martinsville. The fire was extinguished by crews responding from Martinsville Fire Protection District and Casey Fire Department. The employee’s injuries are non-life-threatening. The incident involved the explosion of a crude oil product at a below-grade sump during maintenance activities. The source of ignition of Monday’s fire is unknown at this time. JG-TC

Furnace explosion in a steel company in Xinyu City China 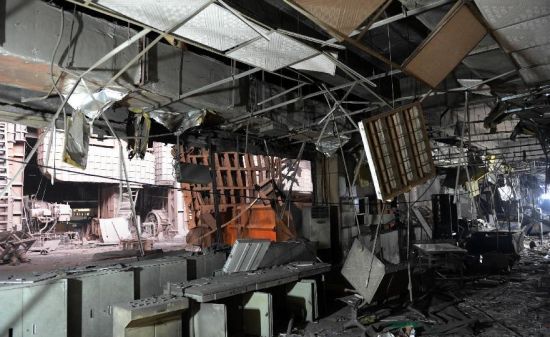 Debris is seen at a control room after a furnace explosion at the Xinyu Iron and Steel Group Company in Xinyu City, east China’s Jiangxi Province, April 1, 2013. A furnace exploded at 11:22 a.m. at the company on Monday, which killed four people and injured another 32. The injured have been hospitalized. (Xinhua/Song Zhenping) GLENDALE HEIGHTS — Two employees were injured Monday when machinery exploded in a factory in west suburban Glendale Heights. Smoke was seen coming from the Northstar Metal Products Inc. after an explosion was reported about noon Monday. It is believed a piece of machinery exploded and caught fire inside the building. The cause of the fire is undetermined but appears to be mechanical. All trains on the adjacent Canadian National railroad track was stopped and traffic was closed. – Sun Times

And here some others summarized in a weekly explosion update video…