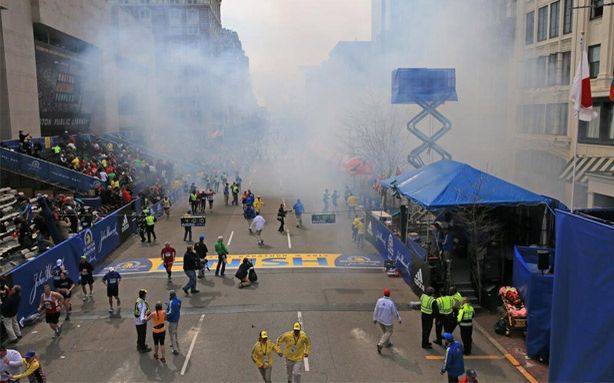 Multiple outlets and law enforcement officials are reporting what a horrific looking scene makes clear: The headquarters at the Boston Marathon have been locked down after two explosions were reported near the downtown finish line mid-Monday afternoon, near the Boston Library.

Boston police confirmed that there were two explosions — and casualties — but were not saying who or what might be responsible. “There were two booms heard from near the finish line inside the Fairmont Copley Plaza Hotel.”. Here are a couple of many images flowing in from social media current scene there.