An Alaskan town was flooded after a 30-mile ice jam on the Yukon River sent water flowing onto the land.

The colossal river ice jam, which is when water builds up behind a block of ice, was starting to churn Wednesday as water finally chewed ice chunks away from the stubborn, frozen mass after most of the residents were forced to flee from the rising water.

An aerial survey Wednesday afternoon revealed chunks of ice have broken off at the front of the 30-mile ice jam on the Yukon River. That means the jam will move soon and waters will begin to recede in the waterlogged town of Galena, 20 miles upriver.

Scroll down to videos 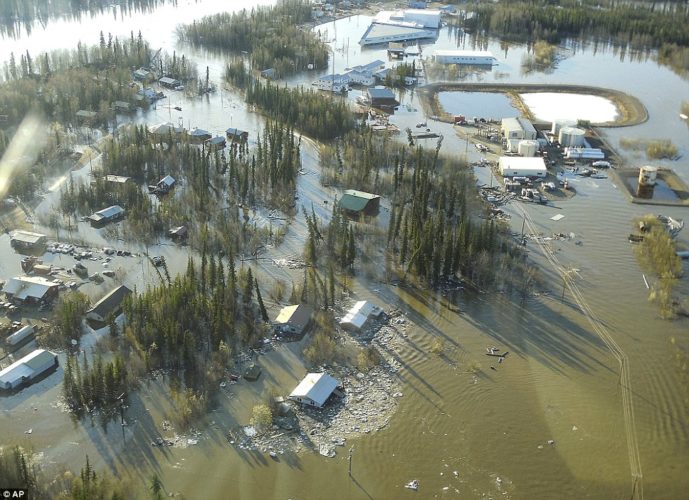 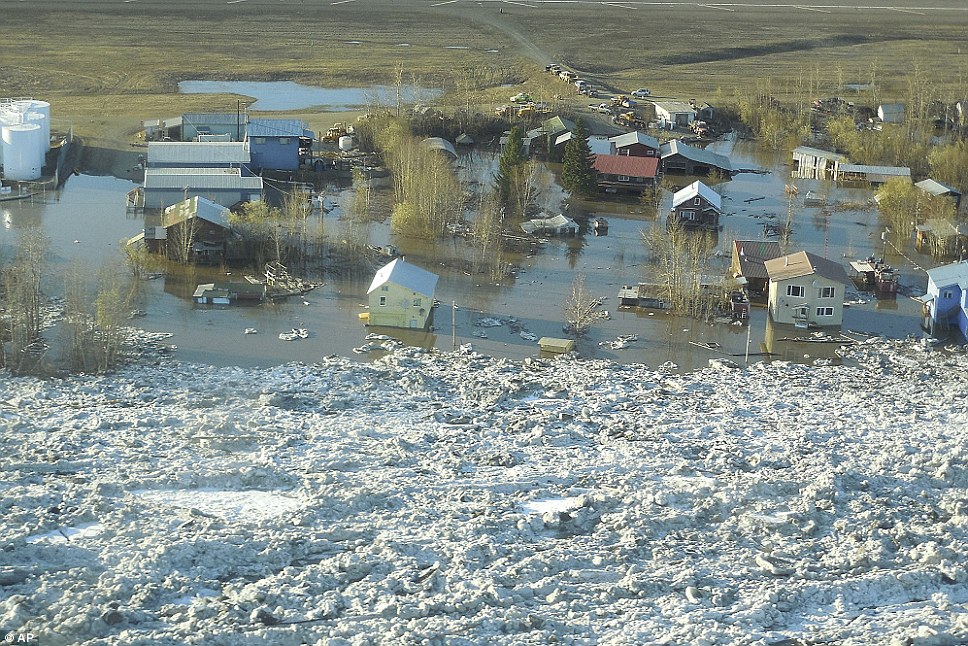 The ice jam had begun churning Wednesday as water finally chewed ice chunks away from the river. 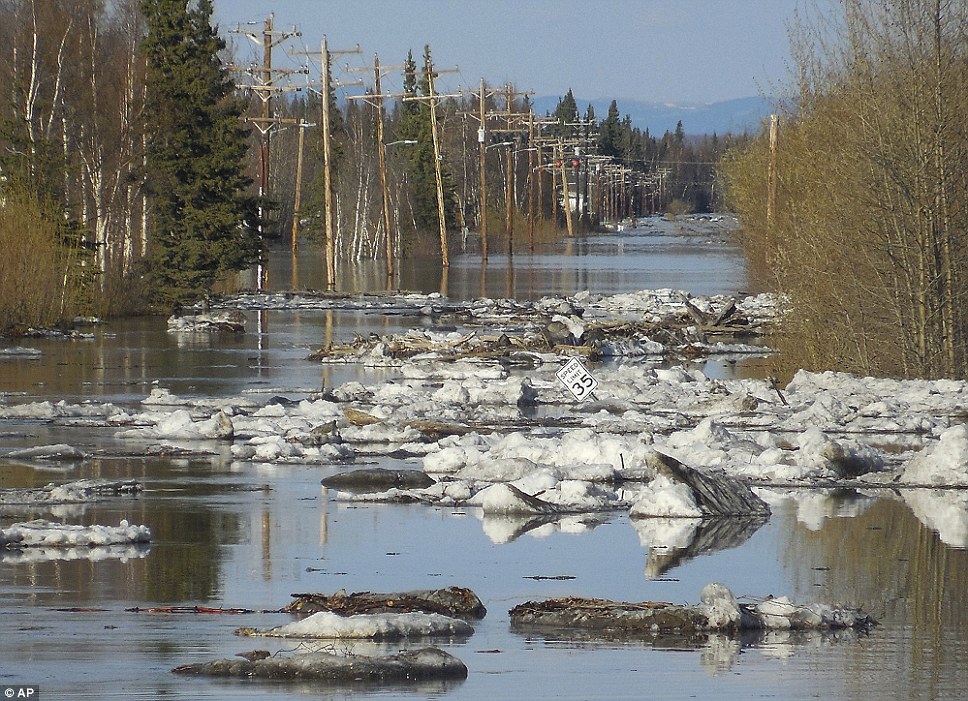 The community of 500 had to evacuate after the floods but there have been no reports of injuries. 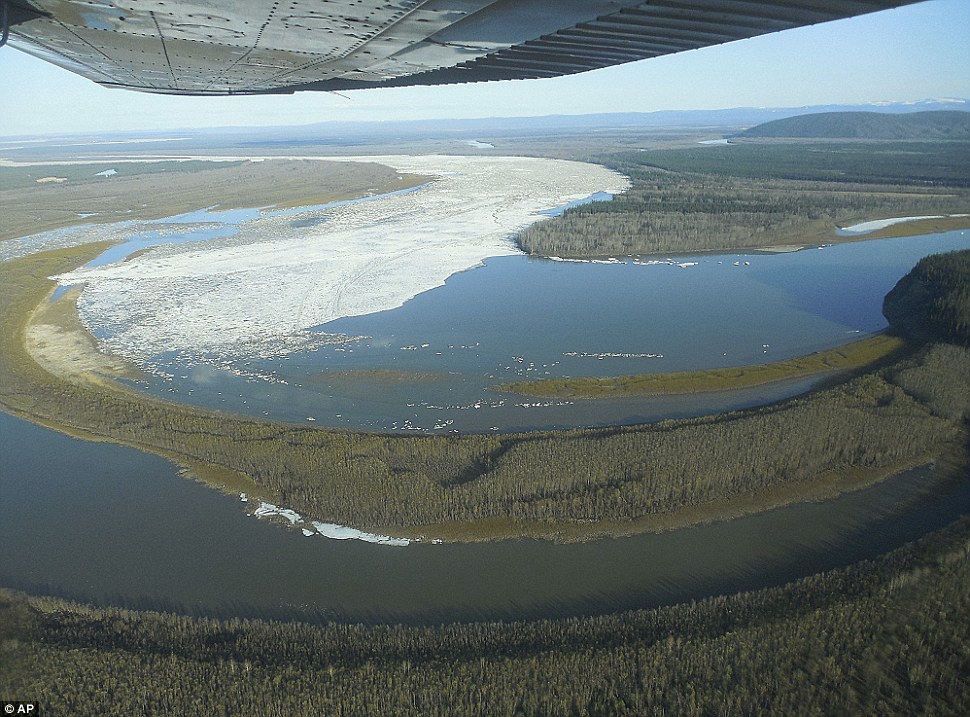 The flooding lifted homes off foundations and has threatened to break a dike protecting the airport, virtually the only dry spot left 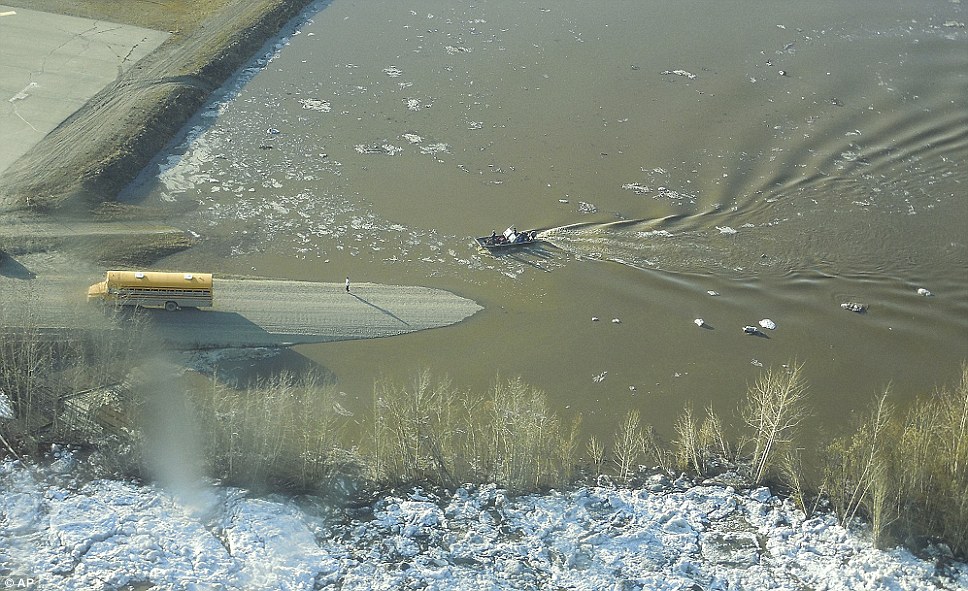 The water was rising again Wednesday morning close to the edge of the dike, which protects the runway and some buildings including former barracks, then levels fluctuated without rising more 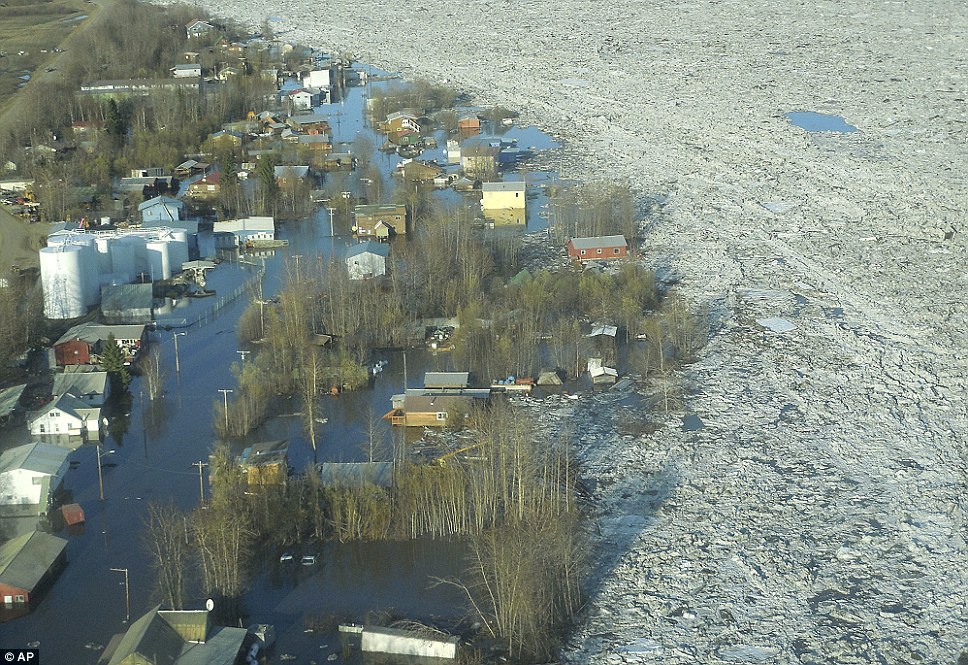 ‘The disaster has left people feeling traumatized and vulnerable. This is the most amazing ice jam ever recorded in this region. Now that the water is trying to push through the jam, conditions could change quickly. When the jam breaks, the downriver community of Koyukuk will be at risk of flooding. 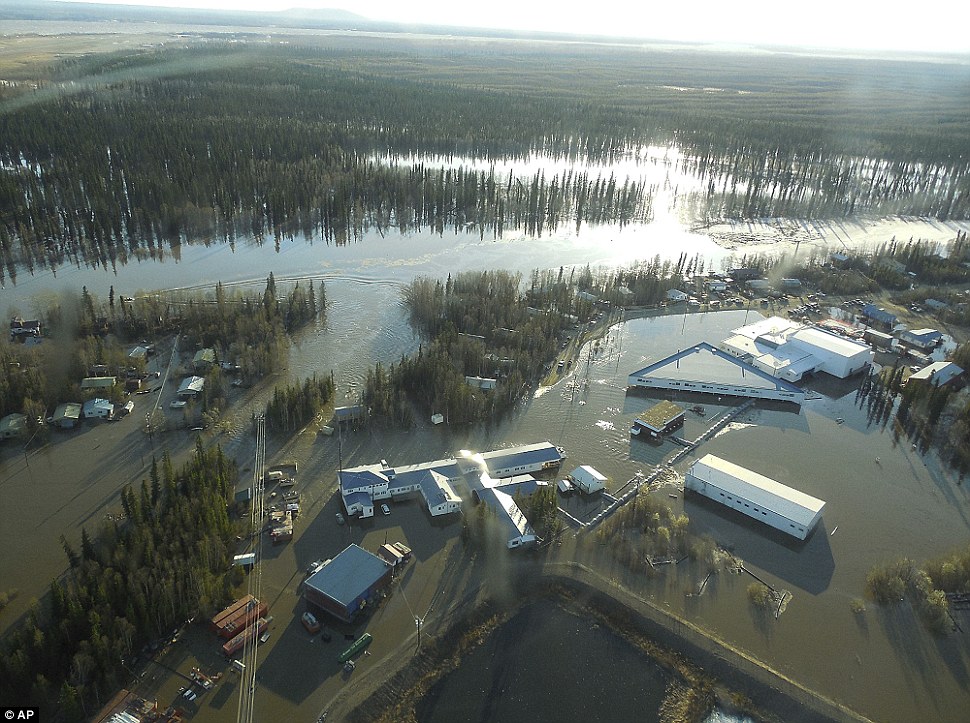 The damage has left the town without power, fresh water and cell phone reception. When the ice jam knocked out the bridge leading to the airport, evacuees had to be taken there by boat or helicopter.

Raymond Cebulski with the Department of Interior shot video of the ice jam filling the Yukon River as he was flying into the flooded village of Galena early Tuesday morning. Most of the buildings and roads in the town of 3,400 in Interior Alaska are underwater.

This video was filmed midday on May 23, 2013 by National Weather Service Hydrologist Ed Plumb during a River Watch Team flight over the Yukon River. It shows an ice jam 12 miles north of Fort Yukon that had created a large lake of water and threatened to flood the river community. The break in the ice relieved much of the pressure and Plumb reported that the dam was a “non-issue” as of midday May 23.