The Ring Nebula is a massive cloud of gas around a dying star.

And it looks like the Eye of Sauron! Gorgeous! 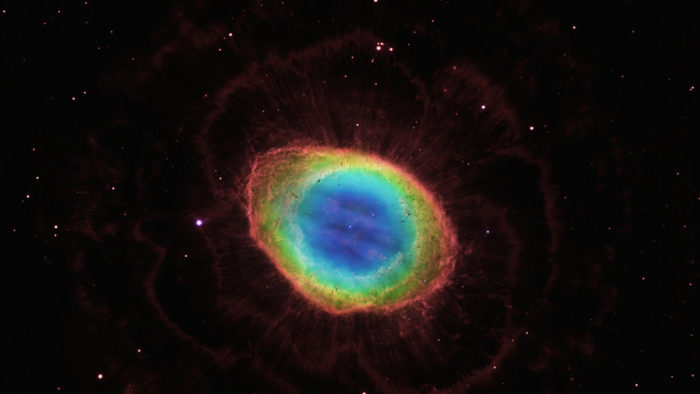 “The Hubble images offer the best view yet of the nebula, revealing a complex structure. The observations have allowed astronomers to construct the most precise three-dimensional model of the glowing gas shroud, called a planetary nebula. 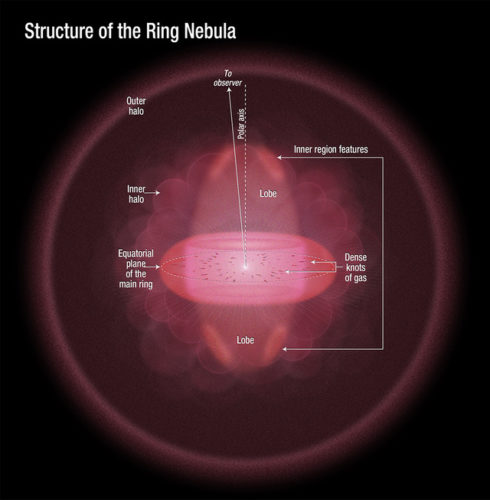 Based on the new observations, the Hubble research team suggests that the ring wraps around a blue football-shaped structure that protrudes out of opposite sides of the ring.

The nebula is tilted toward Earth so that astronomers see the ring face-on.”