An oarfish is a very rare deep sea creature.

Watch the legendary Giant Oarfish recorded in its natural environment for the first time ever!

The below etching is of an oarfish that washed ashore on a Bermuda beach in 1860. The animal, originally described as a sea serpent, was 16ft long and appeared in Harper’s Weekly.

The reason the oarfish hadn’t been caught on camera before is because it lives at extreme ocean depths, between 656 feet (0.2 kilometers) and 3,280 feet (1 kilometer) deep. Louisiana State University Scientists caught the elusive fish on camera in 2011 but only now published their findings. 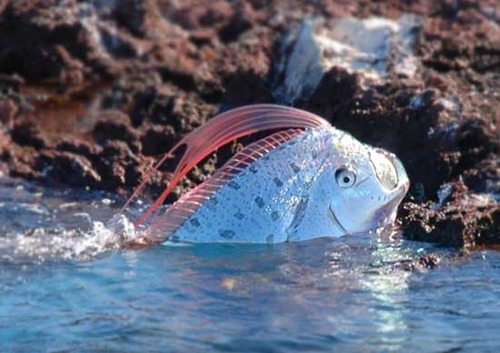 The oarfish in the video is thought to be around 8 feet long. The longest recorded specimen clocked in at 26 feet. However, oarfish can grow up to 50 feet long and weigh as much as 600 pounds and thus represent the largest bony fish alive.

The fish uses a form of location called amiiform swimming in which its dorsal fin, which runs the length of its sizable body, undulates while the body itself remains straight and motionless. 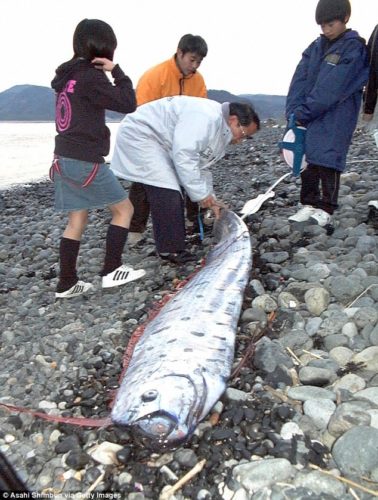 The giant oarfish was first discovered in 1772 by Norwegian biologist Peter Ascanius . It’s formal scientific title is Regalecus glesne, but the fish is also known as king of the herring, Pacific oarfish, streamer fish and ribbon-fish.

This rare oarfish was found barely alive in 2007 off of East Cape of Baja Mexico: 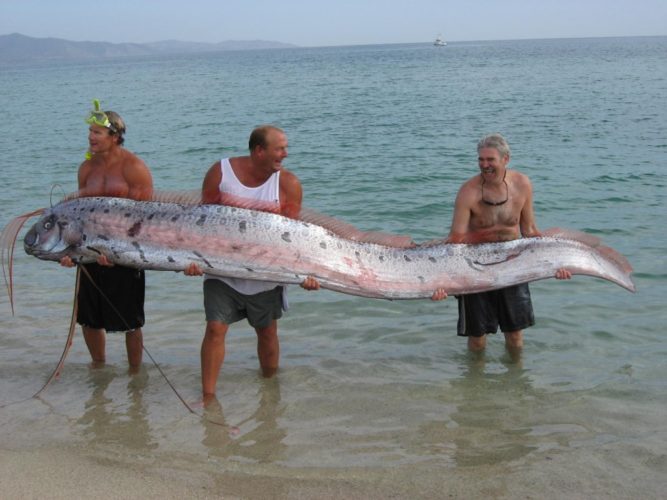 And this 12-Foot-Long Oarfish Washed Ashore In Malibu in 2010. Amazing, no? 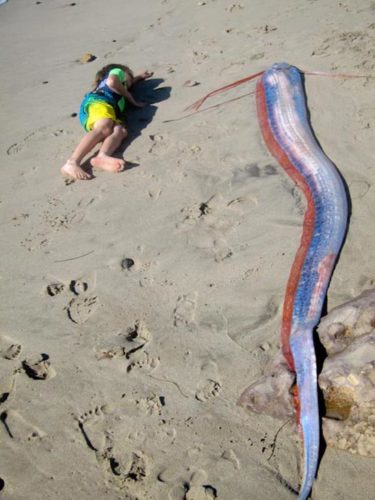 Due to its form and like the equally mysterious giant squid, the oarfish would go on to enchant fisherman and sailors and inspire stories of sea monsters. 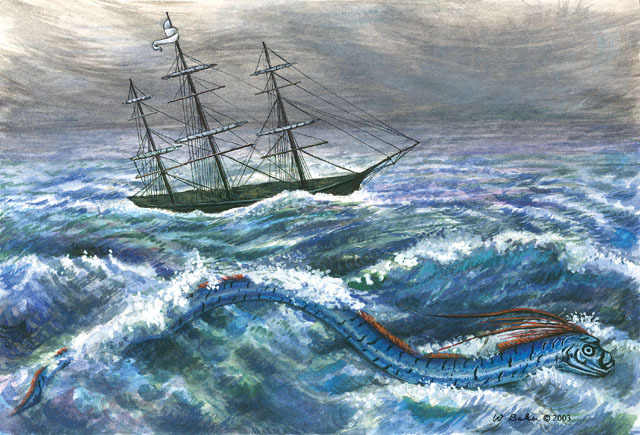