Wildlife workers are going to insert poisonous pesticides into a stream near Lake Michigan to kill an invasive breed of ‘vampire fish’, so-called adult sea lampreys, that suck the blood out of other fish. The U.S. Fish and Wildlife Service will go after the invasive lamprey using a poisonous pesticide treatment from Tuesday through next Sunday in the Mitchell Creek stream bottom which feeds into Lake Michigan. The creek flows through Traverse City State Park before entering Grand Traverse Bay’s east arm. The park is in Grand Traverse County’s East Bay Township, east of Traverse City. 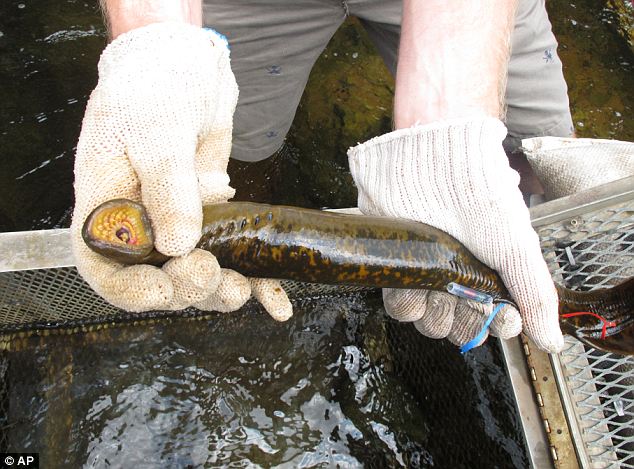 Adult sea lampreys, which reach lengths of 2 to 3 feet, resemble eels but behave more like leeches. With round, disk-like mouths and sharp teeth, they latch onto fish and suck out their blood and other bodily fluids, killing or severely weakening the hosts.

The killer lampreys latch onto fish and suck out their blood and other bodily fluids, killing or severely weakening the hosts. 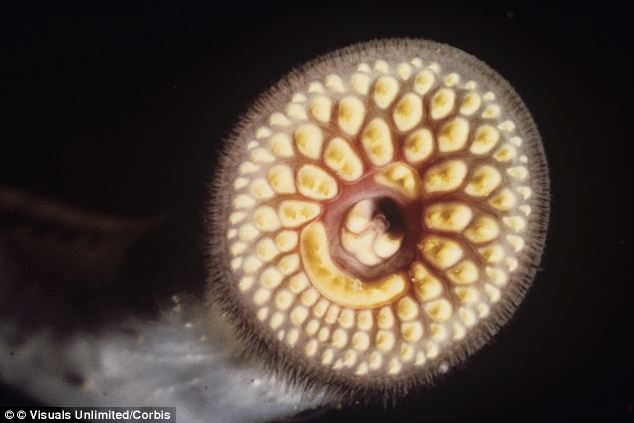 Although native to the Atlantic, they can live in fresh water and migrated to the Great Lakes through shipping canals. The fight against lamprey has cost more than $400million over five decades. 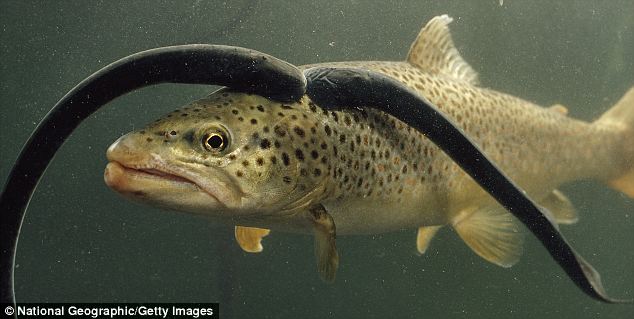 The lampricides don’t pose an unreasonable risk to humans or the larger environment, but people are encouraged to limit their exposure as the treatments are underway. The chemicals biodegrade quickly.