Canada is a large country. During the last two days, the eartern part of this wonderful country was plagued by two different major events: a flooding in Toronto due to heavy rain and oil fire and a huge oil spill following the explosion of a crude oil freigth train in the town of Lac-Mégantic in the province of Québec. 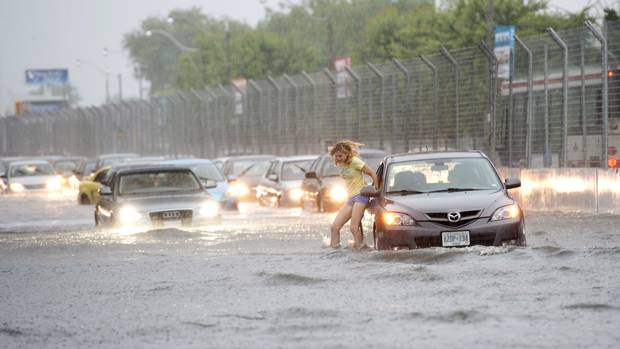 A massive power outage in downtown Toronto on Monday evening was accompanied by flooding following intense rain, making the commute home difficult for many in the downtown core 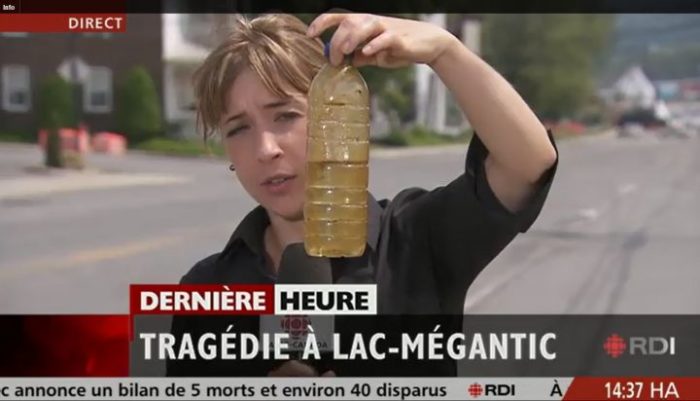 A runaway train likely carrying hundreds of thousands, if not millions, of gallons of crude oil derailed Saturday and crashed into a downtown area in the Canadian town of Lac-Mégantic, Québec, causing death, destruction and untold environmental damage. 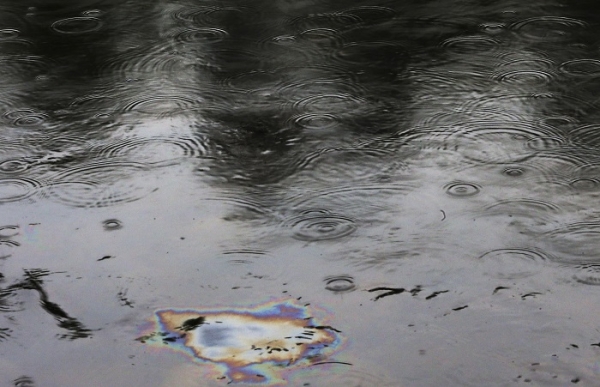 This is a video showing the inferno at Lac-Mégantic: