The crew of the Asiana Airlines plane that crashed Saturday at San Francisco airport tried to increase its speed and abort its landing just seconds before it hit the seawall in front of the airport runway. Recordings show crew had no concerns before landing then tried to ‘go around’ 1.5 seconds before impact. The airport’s Glide Path system, which is designed to avoid runway misses in a variety of weather, was switched off. 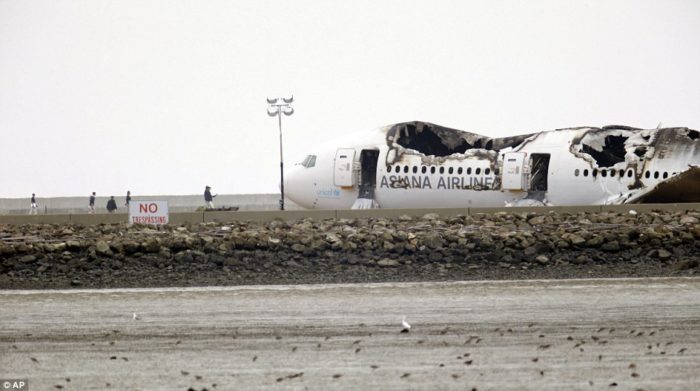 The crash killed two teenage Chinese students and injured more than 180 people. Fifty-three patients were taken to area hospitals after surviving the crash. Eight patients are in a critical condition. 19 patients remained at the hospital as of Sunday afternoon. Many survivors suffered severe abdominal bleeding most likely caused by the plane’s seat belts. Two people with spinal fractures are now paralyzed and others suffered head trauma.