Another Florida villa swallowed by the earth! No injuries, but 36 people were evacuated. 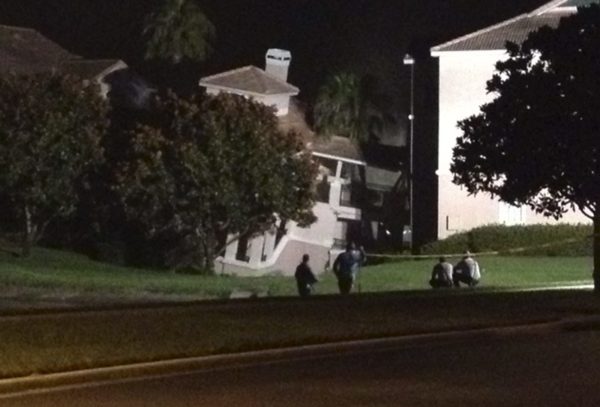 A 12-meter wide sinkhole has opened up  and swallowed part of a villa in the middle of a resort in Clermont, near Disney World in the U.S. state of Florida tonight. The house first cracked before being swallowed by the ground. First, it was unclear whether the approximately three meters deep hole in the ground would still further enlarge. Now it is stable.

The reason for homes being swallowed by the earth in Florida lies in the underground geology of this state: A large part of the soil is limestone, which can absorb large amounts of water and forms underground caves. However, such a porous structure may collapse and thus create a sinkhole. (Source)